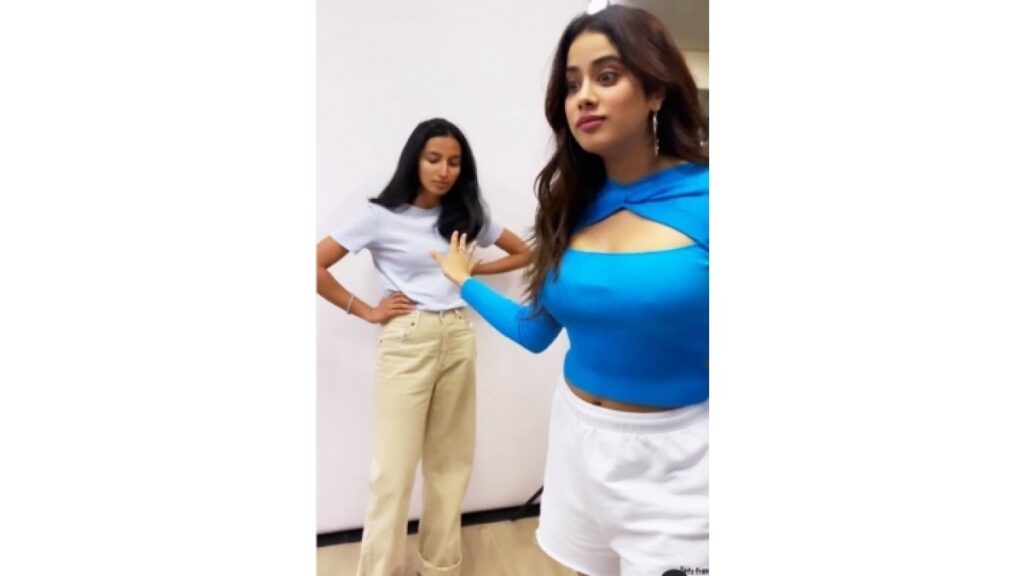 Mumbai : Bollywood actress Janhvi Kapoor has shared a hilarious video, where she is seen recreating ‘Bigg Boss 5’ contestant Pooja Misra’s popular ‘Pooja, what is this behaviour?’ moment from the controversial reality show with her make-up artist Riviera Lynn.

Janhvi took to Instagram, where she shared the video. In the clip, the actress re-enacted the entire scene, which originally was a fight between contestants Shonali Nagrani and Pooja in ‘Bigg Boss’.

The clip shows Janhvi, who is dressed in a blue top paired with white shorts, kicking an object which hits Lynn.

Lynn then mouths the line: “Pooja, what is this behaviour?” Janhvi, who essays Pooja’s role, replies that she kicked it by mistake.

Janhvi captioned the video: “Do you guys think I need help.”

To which, her actor-brother Arjun Kapoor replied: “YES.”

On the work front, Janhvi will be seen in films ‘Good Luck Jerry’, ‘Mr and Mrs Mahi’ and ‘Dostana 2’.