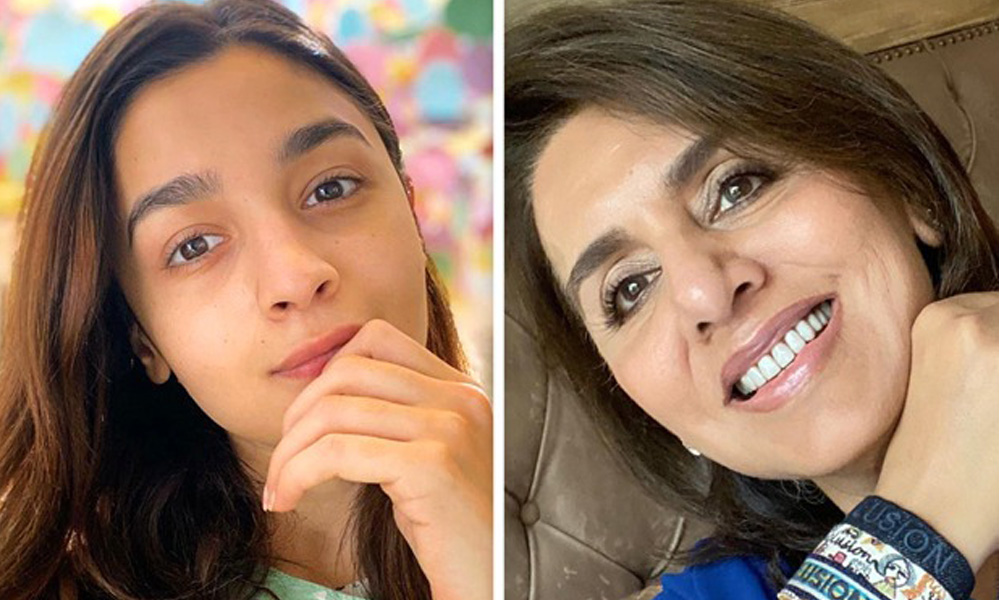 Actress Neetu Kapoor, who recently won our hearts with her stellar performance in Jugjugg Jeeyo, was spotted at the Airport on the night of 4th July. The veteran actress was jetting off to London.

The actress is often seen indulging in fun banter with the paps everytime they capture her. And this time too, it was no different!
A video of the actress interacting with the paps and revealing why she is going to London is doing rounds on the Internet.

In the video, the veteran actress was spotted wearing an all-black comfy outfit. As she was clicked, the paps questioned her if she was heading to London to meet her ‘bahurani’ Alia Bhatt. To this, Neetu responded that she is flying to London to meet her daughter Riddhima Kapoor Sahni. When asked about Alia, Neetu revealed that Alia is probably away for a shoot. Later, the paps requested Neetu to bring sweets to which she responded with a smile.

Well, Neetu Kapoor has all the reasons to be happy as she is all set to become Daadi.
Alia and Ranbir, who tied the knot in April this year, recently announced their pregnancy with an adorable post. After which, congratulations and good wishes started pouring in from all sides.

On the work front, Neetu Kapoor was recently Judging Dance Deewane Juniors. While Ranbir Kapoor and Alia Bhatt are gearing up for their much-awaited film Brahmastra.