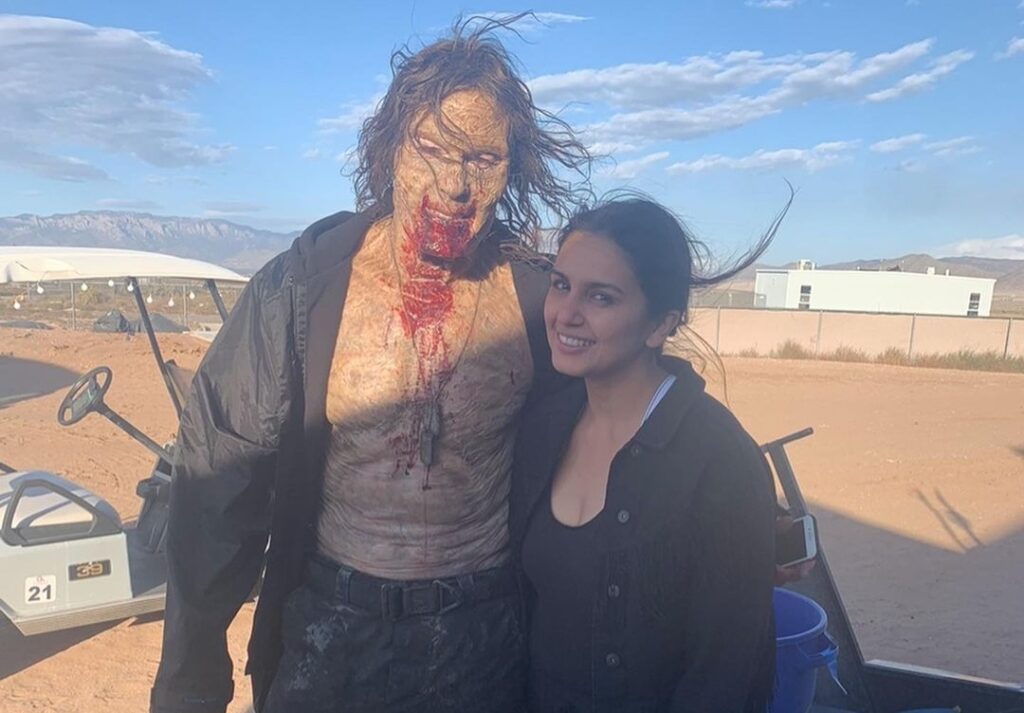 Mumbai,  Bollywood actress Huma Qureshi on Saturday posted a couple of funny pictures from the set of her international release “Army Of The Dead”. Huma plays Geeta, a single mother in the new Zack Snyder directorial, which has dropped digitally.

Taking to Instagram, Huma shared a couple of funny photos with co-star Richard Cetrone who is dressed in character as the Zombie King. In one of the pictures, Huma makes a mock gesture as if teaching the Zombie King how to scare people.

Huma’s upcoming roster includes the Akshay Kumar-starrer spy thriller “Bell Bottom”. She will also be seen in the political drama web series “Maharani”, which is slated to release on May 28 on an OTT platform. The series directed by Karan Sharma, also stars Sohum Shah, Amit Sial, Kani Kusruti and Inaamulhaq.