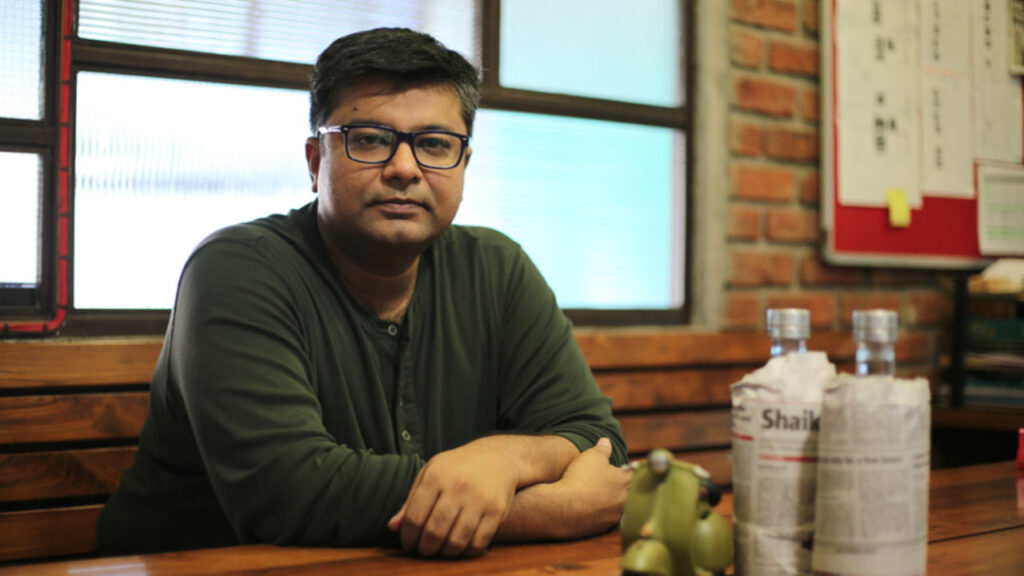 The segment “Hungama Hai Kyon Barpa” is based on the short story “Barin Bhowmik-er Byaram”, and it features Gajraj Rao, Raghubir Yadav and Manoj Phawa along with Bajpayee.

“It is a little sensitive thing and I am opening my heart here. I want to be honest with what I have in mind. Firstly, no one would doubt when I say that Manoj bhai is one of the finest actors that the Indian film industry has currently. But, when I started writing — visualising Musafir, his body language, how he speaks and every other detail, in my mind Irrfan (Khan) bhai was there. Imagine he is mouthing those beautiful Urdu lines in his andaaz — that Irrfan Khan magic! By the time I finished writing Irrfan bhai left us. For me, it was like a piece of my heart was broken. Emotionally, somehow I could not get him out of my mind because when I conceived Musafir, I was visualising Irrfan bhai,” Bhatt .

“Having said that, Manoj bhai and Gajraj Rao have taken the story to the next level with their performance. I wanted Manoj Phawa and Raghu bhai to play those parts but they were veteran actors so initially, I asked (director) Abhishek (Chaubey) if it would be right to approach them. But I must say (casting director) Honey (Trehan) and Abhishek together brought everyone on board and eventually in ‘Hungama Hai Kyon Barpa’ we have all the great actors in the same story!” he gushed.

As the original story of Ray was set in a certain time, Bhatt faced the challenge of contemporising it for the series.

“The challenge was to create the world of the story because it was a short story of 10 pages. Now, even though it was a short film for us, with that little story we could not have made it of that duration. Also, I must mention that the main challenge of creating the world was, we had to externalise it, whereas it is actually an internal story that happened in the mind of Barin babu. So, I tried to approach it by creating a world where every element plays a character, whether it is the rail compartment, Arbastani chai, the entrance of the hakim, and also the shop that I created called Rooh-safa, where they literally go and clean their souls,” said Bhatt.

He added: “I wanted to redeem these characters because otherwise both the characters are kleptomaniac in the story. So, even though I kept the core of the story, I have given a different ending. It is an adaptation in which I brought a new interpretation.”