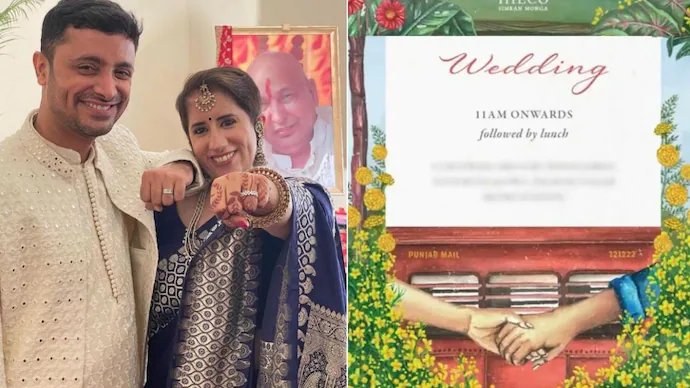 Ahead of the big day, picture of her wedding invite is doing rounds on the internet and it has a connection with iconic film Dilwale Dulhania Le Jayenge which starred Shahrukh Khan and Kajol. Their wedding invite is borrowed with nuances and elements of DDLJ. The invite has iconic elements like the fields, the train, and such elements to reflect the film and it’s impact on their love story.

For anyone grown up in the 90s, Dilwale Dulhania Le Jayenge was the epitome of romance. The film has broken records been a cinematic benchmark for romance. Guneet Monga earlier this week, took to social media to express how deeply “spoiled” and inspired she was by SRK and his signature romantic style.