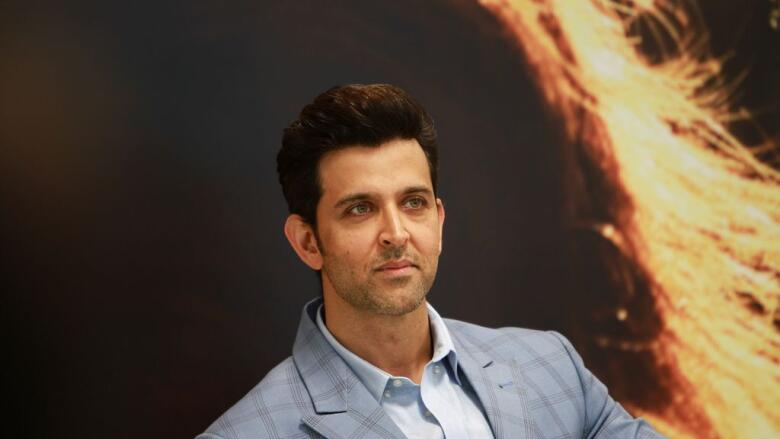 On the sets of Vikram Vedha, Hrithik Roshan channelled his inner Vedha. The actor’s portrait, which shows him looking as charming as ever, went viral on social media.

Hrithik Roshan is known as Bollywood’s Greek God. The actor shared a fresh shot from the set of Vikram Vedha, and the Internet welcomed him as a Greek God once more. Hrithik can be seen with salt-and-pepper hair, which he looks good in.

On social media, actor Hrithik Roshan debuted his look from his forthcoming film Vikram Vedha. On Saturday, he tweeted another photo with the caption, “I’m channelling my character Vedha.” Saif Ali Khan also appears in Vikram Vedha. The film is a remake of the same-named Tamil film starring Vijay Sethupathi.

“Calm over chaos #channelingvedha,” Hrithik captioned his photo. Hrithik is seen in the photo wearing a white shirt and posing for the camera while staring in the mirror.

Vikram Vedha is an action thriller about a police officer tasked with tracking down and killing a known gangster. After the criminal voluntarily surrenders and gives him three stories, the cop’s vision of good and evil is altered.

The remake will be helmed by Pushkar and Gayathri, who also directed the original Vikram Vedha. “We are delighted to be working with Hrithik and Saif – two great actors,” they stated in a statement. We want to present a dramatic and entertaining film with the help of a fantastic team.”

Gulshan Kumar with other collaborations is producing Vikram Vedha in conjunction with Friday Filmworks and YNOT Studios Production. On September 30, 2022, the film will be released in theatres all around the world.