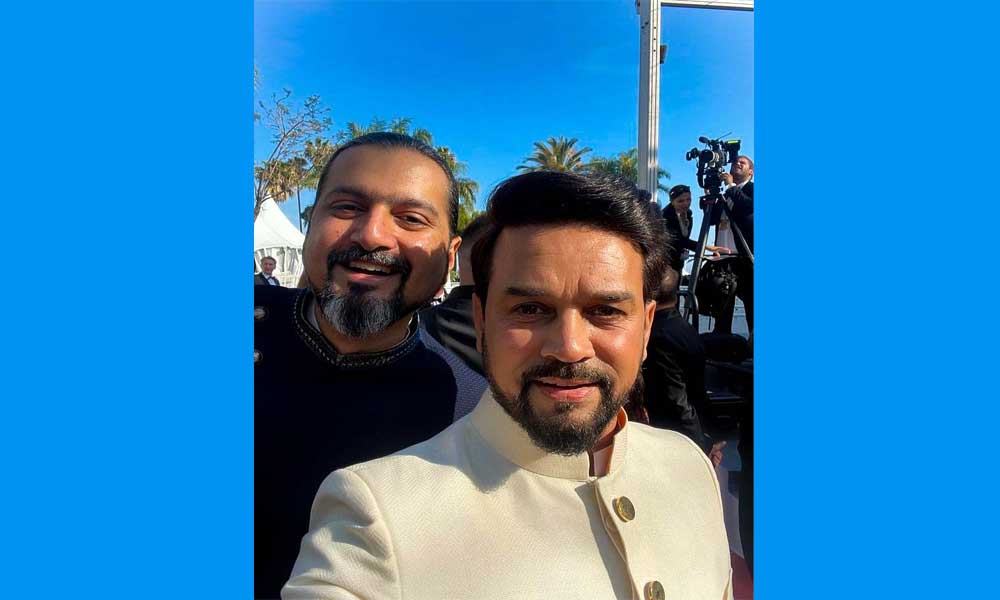 New Delhi : Two-time Grammy winner Ricky Kej seems to be just loving his sojourn to the 75th Cannes Film Festival, where he is representing India as a member of the official delegation led by the Information and Broadcasting, and Sports and Youth Affairs Minister, Anurag Thakur.

On Wednesday, he took to Twitter with a fanboy selfie with the minister. “Selfie with our awesome, dynamic and suave Minister for Information & Broadcasting of India – @ianuragthakur – just before we walked the #RedCarpet at the @Festival_Cannes. Had great conversations about India being the content hub of the world! :-)”

Retweeting Kej’s post, the minister said: “Looking forward to your musical composition – some time from now.”

The phrase ‘content hub of the world’, clearly, articulates the vision that will drive the India Pavilion at the Cannes Marche du Films. On his Twitter feed, Thakur shared two promotional posters prepared by the Ministry of Information and Broadcasting with messages from Prime Minister Narendra Modi.

In one, the Prime Minister is quoted as saying: “India has a lot of stories to be told and the country truly possesses the immense potential to become the content hub of the world.” And in the other, he assures the film sector that the government “remains steadfast in its commitment to enhance the ease of doing business”.

Thakur, Kej and the other members of the delegation will be the crowd-pullers at the India Pavilion, where the crowded five-day programme includes promotions of Jammu & Kashmir’s film policy, a peep into the world of Marathi cinema, introduction to Assam as the gateway to the North-East, and the trailer launch of Shyam Benegal’s India-Bangladesh co-production ‘Mujib: Making of a Nation’.