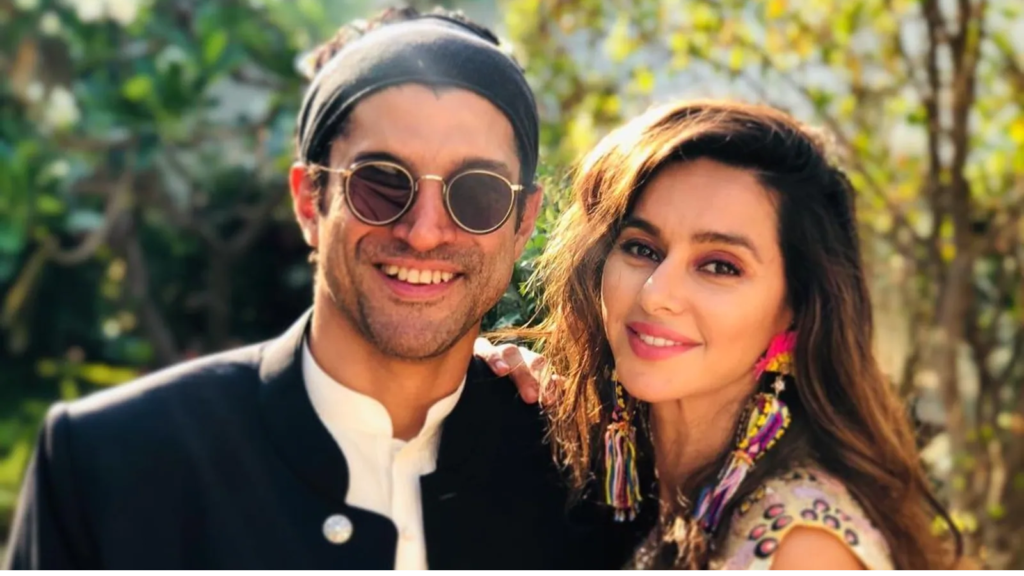 Mumbai| Farhan Akhtar and Shibani Dandekar are one of the cutest couples on the block. The newlyweds took the internet by storm with their wedding pictures. They got hitched in an intimate wedding ceremony on 19 February in Khandala in the presence of their family and closed friends.

Recently, the couple are having a gala time in Australia, as they jetted off there to attend a friends wedding. Taking to his social media handle, Farhan posted a stunning picture with wifey Shibani, but it is the caption that is grabbing our attention. It read, “Just the three of us .. #nirvana @shibanidandekarakhtar.”

Well, mentioning about three in the caption, left fans wondering whether he is hinting at Shibani’s pregnancy or announcement of Don 3.

In the picture, the couple were seen twinning as both of them wore white tees. Farhan was looking dapper in his white tee and grey joggers, whereas Shibani was looking stunning in her white tee and a pair of black pants.

On the work front, Farhan will make his directing comeback with Jee Le Zaraa, starring Priyanka Chopra, Katrina Kaif, and Alia Bhatt, after a ten-year absence.