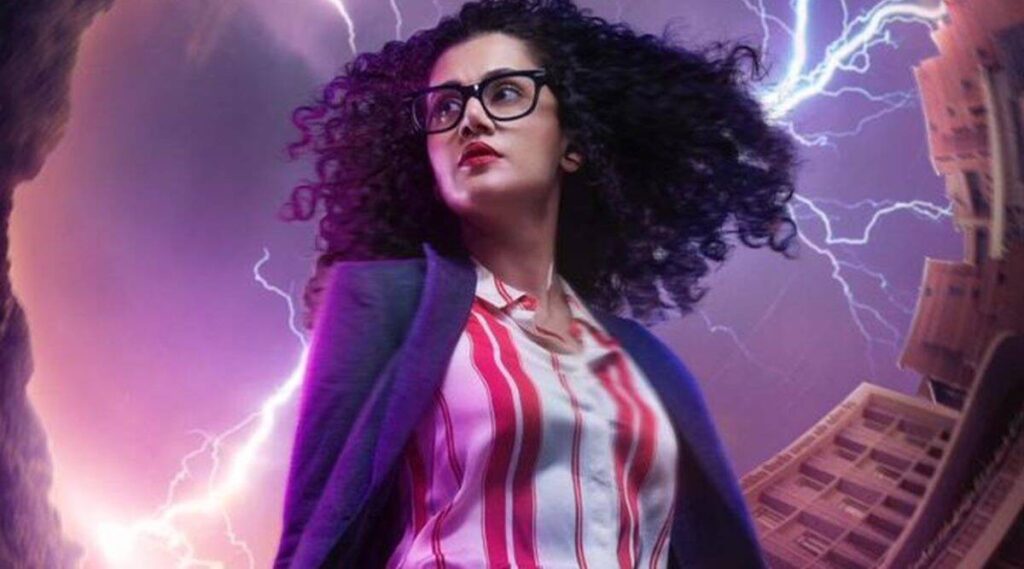 A lady is murdered on a stormy night in 1996, and the only witness is a 12-year-old kid ‘Anay’. Antara’s daughter goes missing 25 years later, on a similar stormy night. She has given up her medical profession for the sake of her husband and moved into a new house with her family, where she connects with Anay, who was hit by a car 25 years ago, via an ancient TV set. She winds herself up in her own parallel universe, one in which her life is dramatically different.

The film opens in the present day, in Antara’s reality, where she has a somewhat messed-up marriage, and then one fine night she connects with a boy from a parallel dimension, and Antara’s life is turned upside down. She winds up in an entirely another universe with a completely different lifestyle.

Antara’s relationship with each of her world’s characters is quite different in this other universe. The film is a great attempt to make something for the modern generation, which is always fascinated by technology. Anurag Kashyap’s film will have you pondering and unravelling the mystery, but the climax of the parallel universes will flip everything in your reality.

The only negative aspect was that the conclusion should have been a bit more informative, as the spectator just has a few seconds to figure out what happened.

The film is intended for individuals who are committed to concentrating throughout without being distracted by WhatsApp messages from their friends, lovers, and so on. This is not a film where you can take a back seat and make your own movie.

When it comes to the soundtrack of the picture, the film does not have many songs, but they work effectively as they are used in the proper amount and at the right moment.

Taapsee, as always, did an excellent job as Antara, but kudos to the supporting cast for making this film thrilling and engaging.

In terms of technical quality, the film succeeds in enthralling you with various sequences. The editing is tidy, with no superfluous pans or close-ups. Surprisingly, it is a remake by Anurag Kashyap, but you can see he has contributed his own flavour to the film.

Taapsee is a fantastic actress, as seen by her performance in this film. This is the film for you if you like Taapsee or suspense thrillers. Although the climax is a little disappointing, you will surely enjoy the journey that the film takes you on.