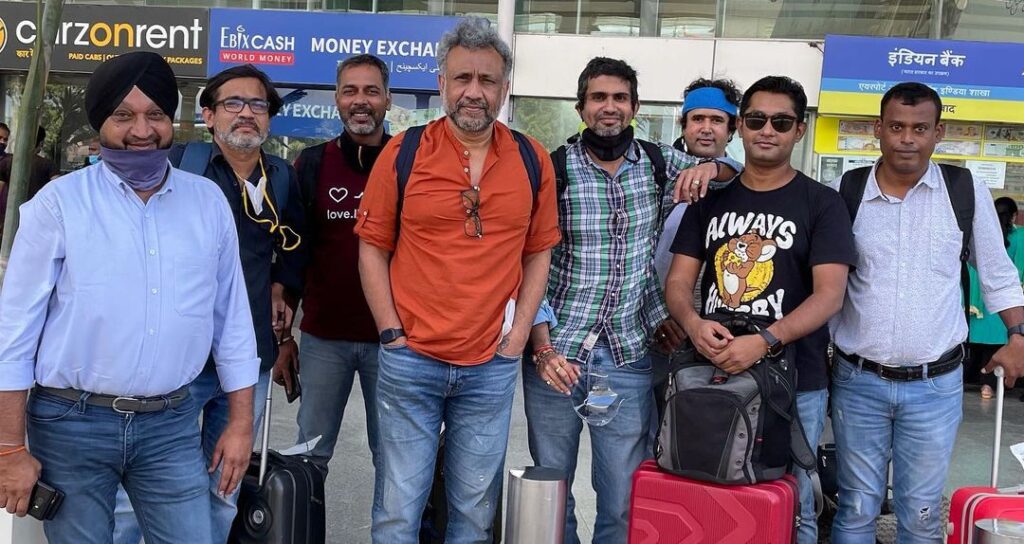 Lucknow : With his last few outings, Anubhav Sinha brought back to Bollywood movies the much-needed spine and voice. With each of his films from Mulk to Article 15 to Thappad triggering pertinent dialogues around relevant social subjects, Sinha’s brand of films has been raved about by the intelligentsia for pushing the envelope as well as becoming solid commercial successes. Even as he finishes giving final touches to his next – Anek, starring Ayushmann Khurrana, the filmmaker has reportedly taken off to Lucknow to lock locations for his next.

Over the last few years, the charm of Sinha’s films sends his fans into a tizzy. Fuelling conversations on subjects that are usually brushed under the carpet with his movies, the filmmaker sifts through myriad stories to pick up the ones that will resonate with the audience. Bringing into his cinema, his value system and social viewpoints, the filmmaker’s works are considered to be the sharpest and most evocative pieces of cinema in current times.
As soon as the filmmaker posted a picture of him and his team in Lucknow, speculations ran rife. On his part, he kept the details to a bare minimum. “Dear Lucknow I am back again .”

While it appears that the filmmaker is working on his next directorial already, it could also be the teaser announcement for his next production venture. His stable Benaras Mediaworks currently has Hansal Mehta’s Faraaz on floors. He is also bankrolling Sudhir Mishra’s next – an edge-of-the-seat thriller and an anthology on the pandemic which will bring together Hansal Mehta, Sudhir Mishra, Ketan Mehta and Subhash Kapoor. Staying true to his style, we guess, Sinha will make an official announcement only when he is ready to. Till then his fans will have to keep guessing.