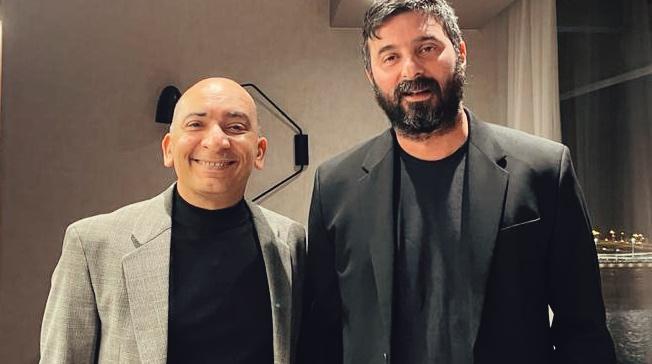 Mumbai : In an otherwise lost war, the battle of Rezang La was the sole bright spot for India in the 1962 Indo-China war. The six soldiers who survived that battle have vividly pieced together the details of that icy November morning that saw 120 Indian soldiers resulting in the downfall of 1300 Chinese soldiers. The heroism of the story was always meant for a big screen retelling and the fervour of the story itself was a cue for director Razneesh ‘Razy’ Ghai to make a film based on the historic battle. For the filmmaker it’s a personal story to tell given his Army upbringing with both his father (retired) and brother in the force. Rendering a personal touch to the story is crucial to him.

Razy, who is currently working on the post production of Kangana Ranaut headlined Dhaakad, is starting the pre-production of this magnum opus early next year. The war film brings to life the story of an epic battle of 120 valiant men from India’s 13 Kumaon battalion. They were successful in blocking the Chinese PLA troops from crossing the key ridge into the Chushul Valley. What makes the story more relevant right now is that the success story of Rezang La was reflected during last year’s China–India skirmishes. Military experts believe that India’s strategic leverage compelled the Chinese forces to disengage.

With such a powerful story at hand, screenwriter Rajiv G Menon is looking to craft an authentic and engaging screenplay. Co-producing the film with Razy is Sohel Maklai, who are also the producers of Dhaakad. The team is already envisioning it as one of the most lavish war films to come out of India.

Talking about it,Sohel Maklai says, “War films in India usually aren’t mounted on the kind of budget they should be. I believe in Razy’s vision and it’s the kind of powerful story that needs enthusiastic retelling. We want to make a world class war film with a story that’s so rooted in our own soil. I am proud to be producing a film like this.”

Razy adds, “The kind of world we are living in right now, the audience wants so much more from content creators. Films have to match global scale. As creators, we have to step up and produce content that makes everyone stop and take notice. This story is just that and the film by design will be one of the most exciting war movies to be made in India. With this, we want to push boundaries and we will put in our best in making that happen. This is a classic underdog story. The bone chilling details of the battle lend to it the sentimentality of a wonderful patriotic film. It’s the kind of war story that infuses in young people the true value of what the army stands for. 120 soldiers against all odds is a story that demands to be told sincerely on the big screen. It is also a period film set which requires reworking an on screen. I am grateful to have a producer like Sohel by my side. His constant support and encouragement is crucial in making sure that we make a memorable film.”

The film will star an A-list actor for which the makers are currently in discussion with a well-known star. For Razy, the casting is crucial and he intends to find the one who fits the part right. The film will go on floors in the second half of 2022. The film will be directed by Razneesh Razy Ghai. The story & screenplay will be penned by Rajiv G Menon. It will be produced by Sohel Maklai and Razneesh Ghai’s new company Ikigai Motion Pictures.