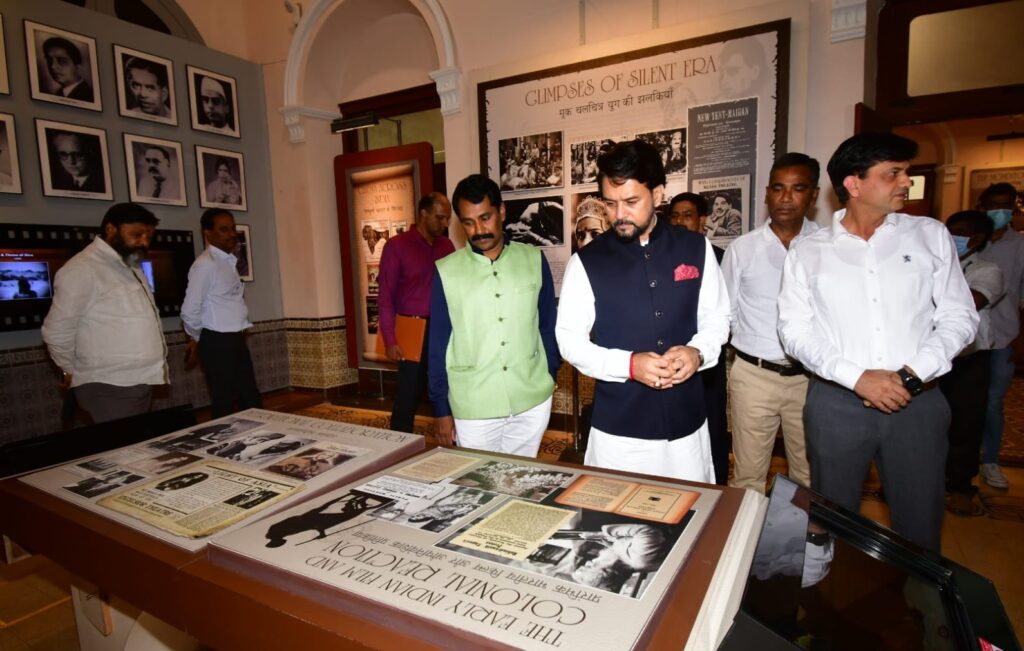 Mumbai : Union Minister for Information and Broadcasting Anurag Thakur on Thursday said that cinema has succeeded in creating an identity for India in the world.

Thakur visited the National Museum of Indian Cinema (NMIC) located at the Films Division Complex in Mumbai. Speaking about the role of cinema he said: “Indian cinema is our country’s soft power which rules the hearts of millions of people across the world.”

“Through entertainment, Indian cinema has succeeded in creating an identity of the country in the world. The highest number of films in the world are made here.”

He encouraged the film enthusiasts across the country to visit the NMIC to know about the history of Indian cinema and its evolution.

“Spend some time here in NMIC and the museum will take you back 100 years, when cinema was made without any modern day technology or equipment.

“Today we talk about animation, visual effects, graphics, gaming and technology, but here we will get to see how films were made in those days in the absence of these and what progress has been made until today,” he said.

The minister highlighted the efforts made by filmmakers and technicians of those times in carrying such big cameras on rough terrain to shoot films. “How technology has brought ease to human life and to filmmaking itself,” he said.

As is customary, the minister also planted a sapling in the premises of the NMIC and held a review meeting with the officials of Films Division, NMIC, Central Board of Film Certification and NFDC.

In May, the NMIC complex, comprising state-of-the-art auditoriums, will host the 17th Mumbai International Film Festival for Documentary, Shorts and Animation Films.