Mumbai: Darjeeling-based filmmaker Shenpenn Khymsar makes his directorial debut with the film, Broken Wings, which he says is based on real issues of his land.

Khymsar claims that this is the first time in post-Independence India that a Nepali-Hindi language film has been “made in Darjeeling”, though there are many films that have been shot in the hill station.

“I am from Darjeeling and I felt it is best to resonate your story and sites of your upbringing in your filmmaking. A lot of people in the Hindi belt and South India aren’t aware that this is a part of India. They know it for the tea and the toy train. Darjeeling is an intricate part of India where Nepali is a spoken language. Nepali is actually also a constitutional language of India,” Khymsar said.

The story of the film is set from 1988 to 1992, against the backdrop of the Gorkhaland agitation.

About his film being the first to be made in Darjeeling, he said: “I secretly wish I wasn’t the first one. I would have been far more comfortable. I want to entertain and also intelligently represent Darjeeling to the rest of India. Darjeeling is the Mecca of music, but mainstream cinema still does not have a single composer, actor or director from this place. ‘Broken Wings’ aims to be the wind beneath the broken wings of the mountain route of Darjeeling,” said the film director.

The cast of the film is a mix of actors from the mountain and veterans, and includes Endo, Sunakshi Grover, Vinay Pathak, Shubhdeep Raha, Neetu Panday, Reuben Pradhan, Nima Sherpa, Mingma Lhamo Tamang, and Bhavya Sharma.

Explaining the title of his film, Khymsar said: “In Darjeeling, politics, religion, culture, society and media — even parenting — clip the wings of the youth! I hope my humble attempt is an eye-opener. It is the need of the hour.” 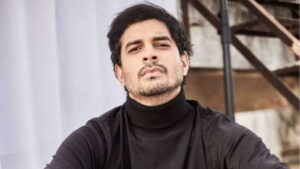 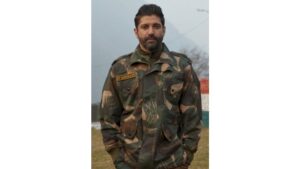