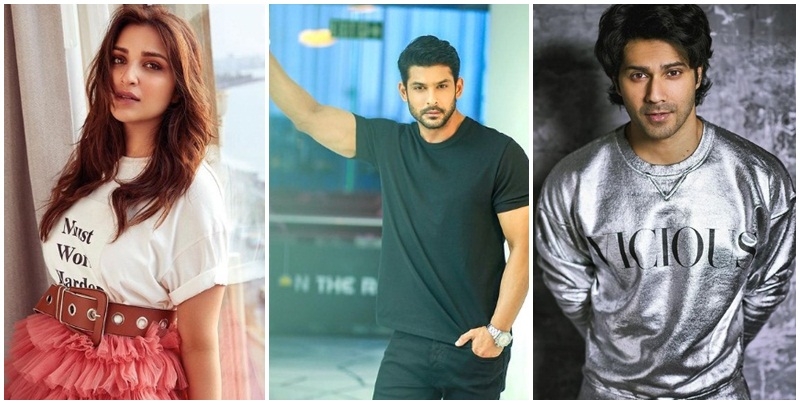 Mumbai : A wave of shock and grief has taken over Bollywood after the sudden demise of actor Sidharth Shukla. Bollywood celebrities who have known him personally and even those who didn’t took to social media to share their grief and shock.

Actor Varun Dhawan, who worked with actor Sidharth Shukla in the latter’s Bollywood debut ‘Humpty Sharma Ki Dulhania’ posted a picture of them on Instagram and wrote: “Rip brother u are loved by so many and u touched so many with ur kind heart and beautiful personality. Today heaven has gained a star and we have lost one. My deepest condolences to the family and loved ones.”

Actress Parineeti Chopra tweeted: “Unable to process this. Rest in Peace #SidharthShukla. You were truly loved, by millions.”

Actor Ajay Devgn expressed his grief as he tweeted: “Life & death are both baffling. But when someone as young as #SidharthShukla passes away with suddenness, one is very sad… Condolences to his family. RIP Sidharth”

Sidharth Shuka passed away in Mumbai’s Cooper Hospital after suffering a massive heart attack on Thursday morning. He was 40.