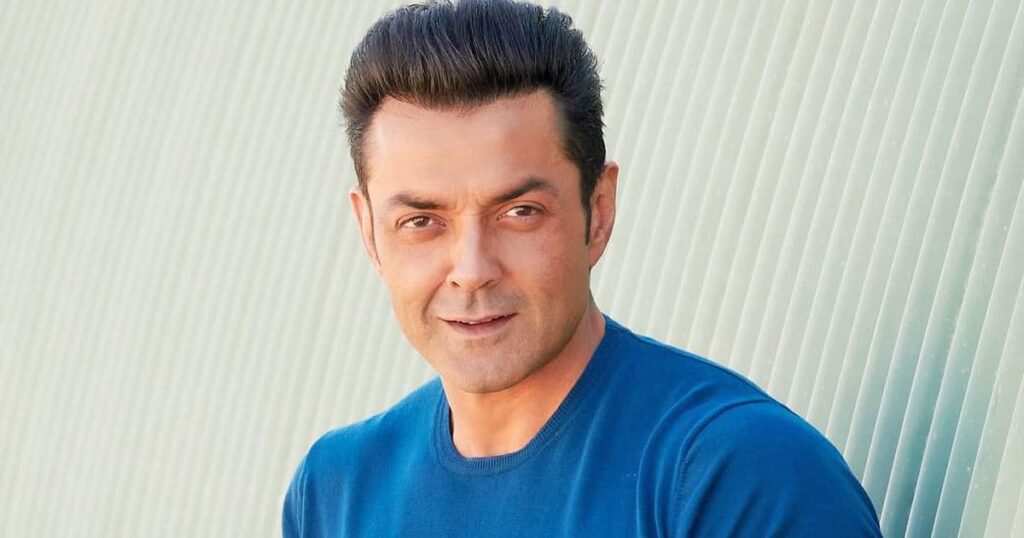 Mumbai : As he found his audience and successfully catered to them with new-age content on OTT that has given him a great chance to revamp his career as an actor, Bobby Deol shares how his children played a part in that.

Bobby said that even though every film and project has its own destiny, staying in tune with the new generation of audience and their sensibility is important.

The actor made his debut on OTT with the Netflix original ‘Class f 83’ followed by the huge success of the web series ‘Aashram’ and web film ‘Love Hostel’.

“While I must admit that all the projects happened because I was at the right place at the right time, as an actor I also believe that we should be in tune with the growing audience. As an actor and individual, I am evolving, so as our audience, their sensibility is changing.

“One of the advantages I have is my children. They are teenagers and they consume a lot of content on OTT platform. So I have a fair idea of what kind of content that youngsters are watching. It is easy to get the pulse of the audience from them; in our house, it’s filled with youngsters.”

“However, when I decide to do a show or a film, it is completely my decision; I only do work that I feel connected to as an actor. My children of course support me. But I take a call on my projects quite independently,” he further added.

The actor is now preparing for two projects – Netflix original ‘Penthouse’ and the feature film ‘Animal’.

Talking about both his upcoming projects, Bobby shared, ” Even though I cannot talk much about either of these two projects, all I can say is they are very distinct from one another. In ‘Penthouse’ my character’s look is very stylish, and fancy, a kind of Bobby Deol image that I had earlier and the story is very engaging. ‘Animal’ is a multi-starrer film with Sandeep Reddy Vanga. He is a very good storyteller and also commercially successful. He directed ‘Kabir Singh’.”

“For me, it is going to be so much fun because for the first time I will be working with Ranbir Kapoor. I am reuniting with Anil Kapoor (post ‘Race 3’). We haven’t started our shooting…so yes, looking forward to both the projects,” he signed off.