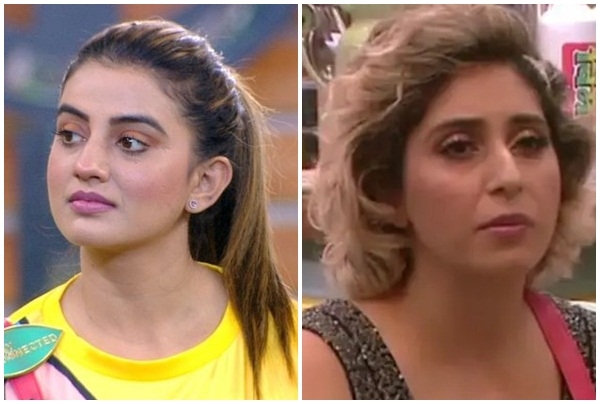 Mumbai : In a recent episode of ‘Bigg Boss OTT’, Zeeshan Khan and Pratik Sehejpal indulged in a physical fight during the task to choose the new boss man and boss lady of the house and Zeeshan was thrown out of the house by Bigg Boss.

That’s not all, as one comment by Akshara Singh to Neha Bhasin caught everyone’s attention and it quite didn’t go well with the housemates too and left the contestants and audience in shock.

This has made Akshara hate Neha even more. Well, the fight started due to household chores. Akshara and Divya Agarwal discussed the changes in the kitchen while Neha and Shamita Shetty were sitting on the couch. The argument happened as Shamita refused to do the kitchen duties for her workout.

Everyone was left hungry and Divya Agarwal as a captain herself began cooking. During the discussion, Akshara shouted at Neha and commented on her understanding of Hindi language.

Neha shouted at Akshara and in return, we saw some unwanted words. In the beginning, Akshara said, “I know how to cook, what do you know?” Divya added: “I don’t know how to throw tantrums, keep quiet Neha.” Post that Akshara said: “You just know how to spread your legs like this.”

Shamita Shetty did not like this and slammed Akshara for using such words. Even Pratik Sehejpal told Akshara that she was wrong in saying this. Akshara defended herself saying that they shouldn’t have taken it in a wrong way as she thought Neha was pointing her legs purposely and hence, she said it.

Was the choice of words by Akshara right?