The controversial actor was arrested from a hotel in Belapur with eight tablets of the prohibited MDMA Ecstasy’ (or, Molly) tablets weighing around 2.30 gm, which are popular among youth in rave parties.

Senior Police Inspector Ravindra Budhwant said the police had received a tip-off and carried out discreet investigation before laying a “trap” for Khan.

A police team raided the room and the actor was nabbed “red-handed” from a room in K Star Hotel, in CBD Belapur Sector 11, late on Monday night.

The police also seized other articles like mobile phones and cash collectively worth around Rs 220,000 from the accused, who lives in Andheri west in adjoining Mumbai.

Khan, a former Bigg Boss contestant, was produced before the Vashi Court which remanded him in police custody till October 25, Budhwant said, adding further investigations are on to trace his other accomplices.

This is not Khan’s first brush with the law. Two years ago, he was arrested and released on bail on charges of sending obscene pictures and lewd messages to a beautician who had offered him a business project proposal. 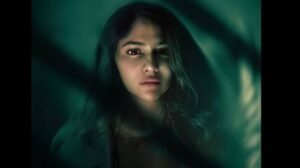 Doctor-turned-filmmaker Lakshmi Devy is winning laurels in US