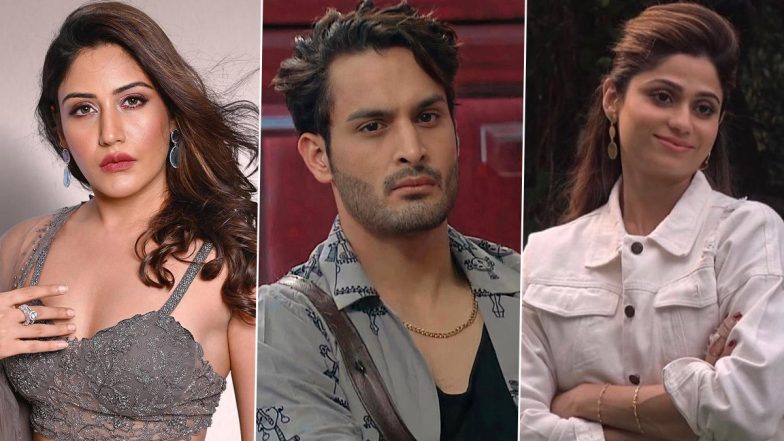 New Delhi : Surbhi Chandna says she entered the ‘Bigg Boss 15’ house to make it more interesting and there is no one as such whom she supports. She calls Umar Riaz a strong contestant and Shamita Shetty a dignified player.

She says: “I have not entered the house to support anyone but just to wake up the contestants and make them realise that now the finale is near so it’s time to be in action. But, at the same place it is sad that we are approaching the finale and I can’t comment on who will be the winner. Of course Shamita Shetty, Umar Riaz and Tejasswi Prakash are playing well. Shamita has no connection inside the house but still she is playing so well and with dignity.”

As a challenger, Surbhi has performed several tasks and then given them to the contestants as a challenge to win Ticket To Finale. One such task that according to her was most tough and memorable for her was eating green chilies.

“I have eaten green chilies. Just to give them a challenge I had to do that. But that moment will always be with me forever.”

The actress who has done shows like ‘Ishqbaaaz’, ‘Sanjivani’ and ‘Naagin 5’ has been often asked by her fans if she wants to be part of ‘Bigg Boss’ as a contestant and she says she will love to be on ‘Bigg Boss’ whenever she is willing to show her real self.

“Right now I am happy to be on the show as a challenger but as a contestant will definitely come some time when I am open to show my real self and mentally prepared for that,” she concludes.