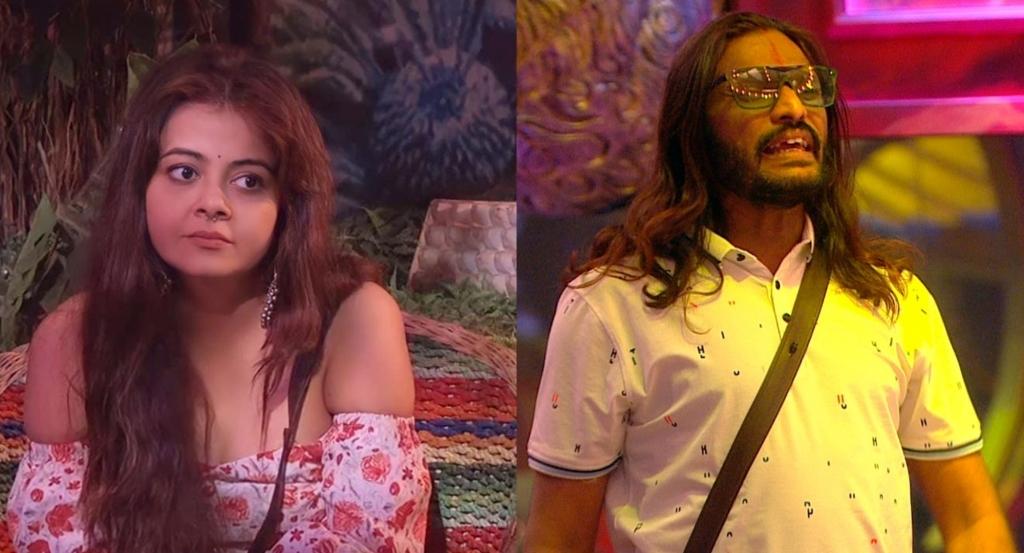 Mumbai : The latest episode of ‘Bigg Boss 15’ saw Devoleena Bhattacharjee lashing out at Abhijit Bichukale and accusing him of betraying her during the ‘Ticket To Finale’ task.

In the previous episode, Abhijit was seen flirting with Devoleena to which she strongly reacted. Now, in the recent episode, Abhijit formed a group with Rashami Desai and Umar Riaz to cancel the ‘Ticket To Finale’ task. Devoleena got upset because of this and questioned the loyalty of Abhijit towards her.

Later, Devoleena and Abhijit were seen getting into a verbal spat and she said: “You are worse than an animal.” Abhijit asked her why she was saying this. To which she replied: “It is better to keep a donkey rather than having a friend like you.” She continued: “You are a blot in the name of friendship.”

Meanwhile, after Devoleena went out of the room, Rashami, Nishant, Umar and Abhijit started making fun of her. Tejasswi Prakash told Devoleena to calm down. But, again Devoleena and Abhijit got into an ugly fight. Due to which Abhijit got irritated and threw a plate on the floor and it broke.

Furthermore, all the housemates went to control the situation and Shamita Shetty asked Abhijit to calm down and advised him not to behave in this way inside the house.