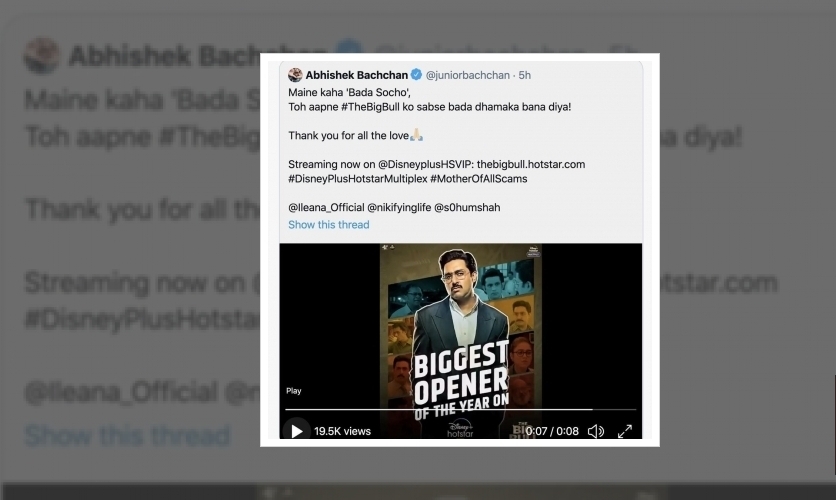 Mumbai, Amitabh Bachchan has described son Abhishek as “fathers pride”, along with a cryptic jargon he wrote in his new Instagram post.

“Well done buddy .. WHTCTW .. a Father’s pride,” Big B wrote on Thursday night, along with an image of a tweet by Abhishek about his latest digitally-released film “The Big Bull”.

This is not the first time that the Bollywood veteran has used the acronym. Earlier, when Abhishek had announced the release of “The Big Bull”, Big B had written: “Remember bhaiyu WHTCTW .. !!”

“The Big Bull” draws its story from the securities scam of 1992. It is said to be loosely based on stockbroker Harshad Mehta’s life and his involvement in financial crimes over a period of 10 years, from 1980 to 1990.

Big B also shared a throwback picture of himself holding a mic and singing.

“1983 .. !!! My first LIVE performance .. that sign board at the back is Madison Square Garden New York .. the first ever Indian performer at this most prestigious World Stadium,” he wrote.