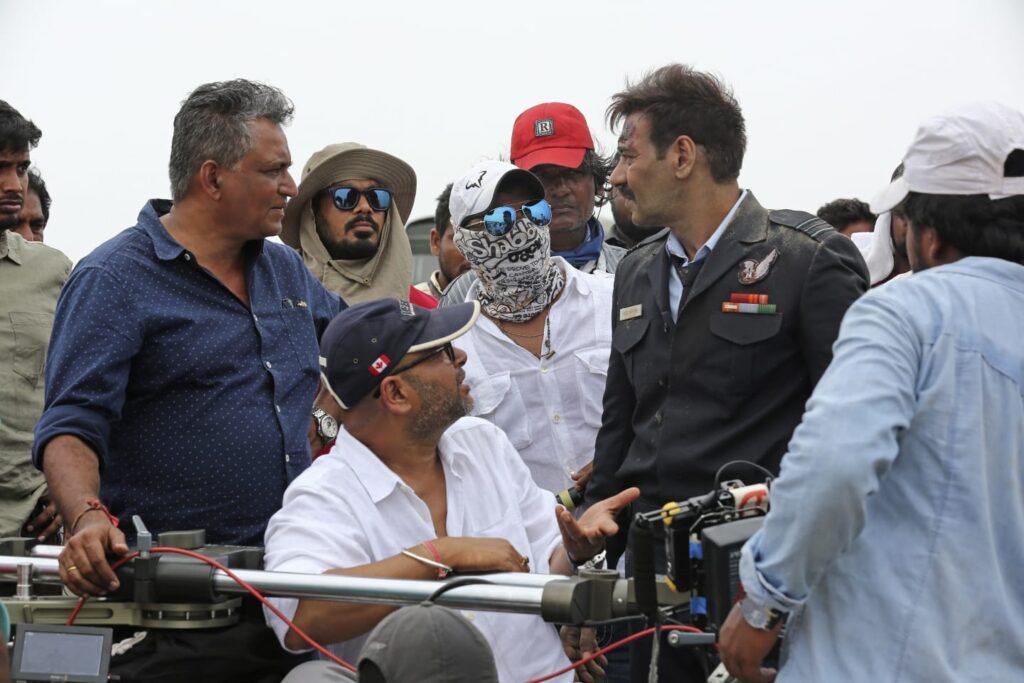 Mumbai,  Director Abhishek Dhudhaiya, whose next film “Bhuj: The Pride of India” is based on the 1971 Indo-Pakistan war, is also the co-writer of the project. The film tells the story of how 300 women from a village worked hard to build the Bhuj runway, contributing majorly to India’s win.

Abhishek, who earlier directed many television shows, brings forth the story of IAF Squadron Leader Vijay Karnic (played by Ajay Devgn) and the women from the village of Madhapar.

“My grandmother had also contributed in the making of this runway. So, I had this is mind that the first time when I make a film, it will he on this subject,” says Abhishek, as he recalls how the conception of the story happened.

He goes on to further elaborate with a hint of nostalgia in his voice.

“In 2017 when I took a break from television, the first thing I did was meet Vijay Karnic. So, my nani’s (maternal grandmother) friends who are still alive were part of that 300 women’s group. So, I went and met them and understood the events which had taken place.”

The sentiment of patriotism is crucial for the film. So, when Abhishek took the project forward, he knew his heart had to be in the right place.

“To begin with, I am an Indian and I am proud of that. For me, my country is first and even for my nani the country is before anything else. So, when I wrote the dialogue, I conveyed what I think and what I wanted others to act. That energy reflects in people around you,” he says.

“For instance when Vijay Karnic was reading the story, the only face in my mind was that of Ajay Devgn. When I finished my story and I asked him, who does he feel is best for this role, he also said, Ajay Devgn. So, when you want to bring that connect, you have to feel strongly.”

The next big step in the making of the film was casting of 300 women. Instead of taking the regular approach of hiring junior artists, Abhishek knew that this would be an important factor in establishing the strength of the film.

“We had to cast 300 women. Now, if you hire junior artists, they are free to leave in two -three days for some other project but that breaks the flow. So, we cast 300 women and for the first 15 days taught them how to play the dhol. We got their costumes made because at that time dressing style was difference and clothes affect body language a lot. So, we customised costumes for these women and made them wear it, so that they get comfortable in it,” he says.

Currently, in the village of Madhapar, there are 60 people, who were part of the iconic movement. All aged between 70-80.

The government of India has also paid tribute to them by making their statues at the entrance of the village.

A landmark movement, the women when making the runway, decided to break their homes to get the bricks and stones for runaway once they ran out of the material.

“When they needed bricks and stones to make the runway and material could not reach them, these people decided that they will break their houses to use that material. My nani had told me this but when these people also told me, I had tears in my eyes,” recalls Abhishek.

“For a woman, her house is her dream and there what happens is the men leave for work to other states and countries. So, mostly women, children and old people live there. So, for the women their, the houses and farming is everything. They sacrificed their homes for the country. This incident and the challenge of Vijay Karnic to make the runway for the county was the most important driving force for me.”

The director, whose film will release on Disney+Hotstar on August 13, feels that this kind of inspiration is rare.

“This is a kind of inspiration that you don’t find easily. The defence personals who are protect us are trained but these villagers were not trained people. Being prompt in such a situation didn’t come naturally to them. They still did it and it’s their biggest achievement,” he signs off.