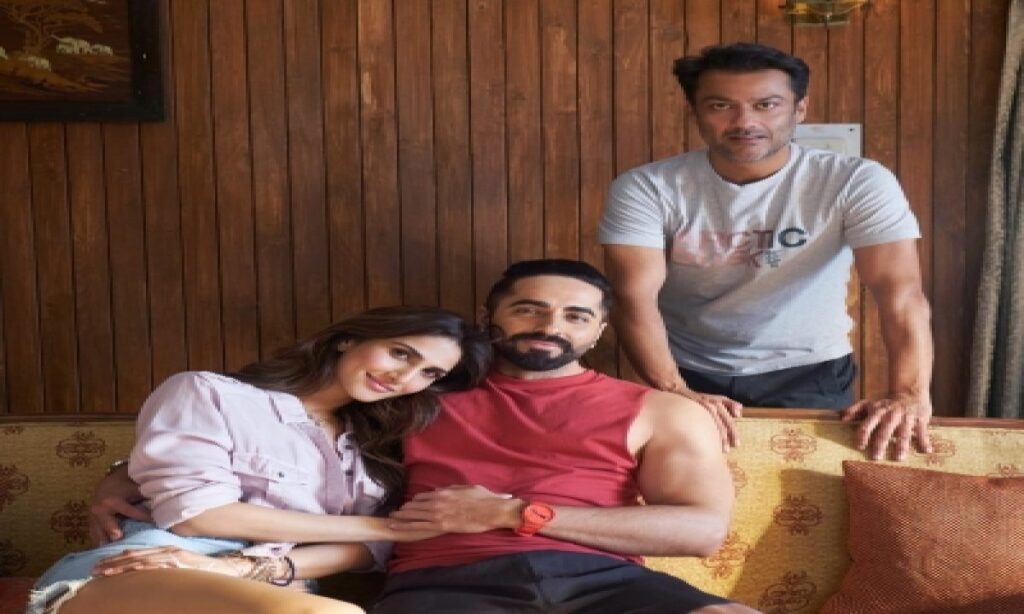 Ayushmann posted two pictures on Instagram. In one image, he is seen holding a clapboard and flaunting his washboard abs. The second picture has his co-star Vaani Kapoor and director Abhishek Kapoor posing for the camera with him.

Ayushmann will be seen playing a cross-functional athlete in the film directed by Kapoor. It is pitched as a progressive love story and is set in north India