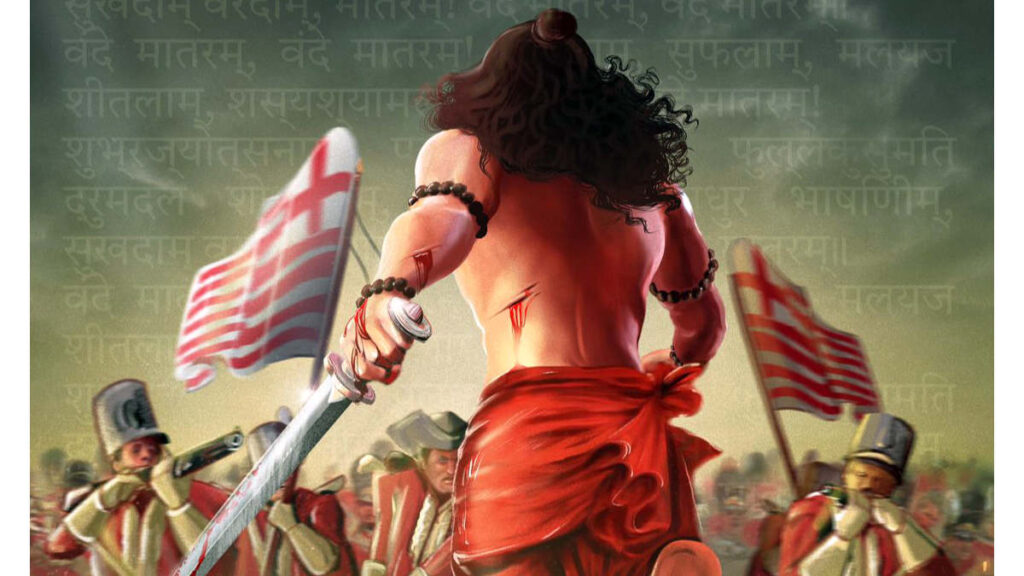 Chennai|  Director S S Rajamouli’s protege Ashwin Gangaraju, who assisted his mentor in ‘Eega’ and ‘Baahubali’ (both parts) and is best known for directing ‘Aakashvani’ in 2021, is to direct the magnum opus ‘1770’, which will be based on Bankim Chandra Chatterjee’s Bengali novel ‘Anandamath’.

The producers of the film — Shhailendra Kumar, Sujayy Kuttiy, Krishna Kumar B and Suraj Sharma released a motion poster of the film on Wednesday to mark 150 years of ‘Vande Mataram’.

“This subject was a huge challenge for me, but with legendary V Vijayendra Prasad sir writing the adapted story and screenplay, I think what we have on paper is a blockbuster cinematic experience,” says director Ashwin Gangaraju.

“As a filmmaker, I’m more drawn towards the stories which have periodic setups, bigger emotions; scope for larger than life action and this is something that sits in perfectly for me. Initially, I was a little sceptical but I spoke to Ram Kamal Mukherjee and after listening to his vision, I gained confidence,” he adds.

“I met producers Shhailendra ji, Sujayy Kuttiy sir, Krishna Kumar sir and Suraj Sharma in Mumbai shortly after that. We had a prolonged discussion on the film and how they want to take it forward. Their warmth and attitude of working as a team made me connect to them instantly,” says Ashwin.

This year also marks 150 years of Vande Mataram, the song that appeared first in Bankim Chandra’s novel ‘Anandamath’, which almost shook the roots of the British Empire.

India’s most celebrated storyteller V Vijayendra Prasad who penned the screenplay says, “I feel that Vande Mataram was a magical word. It was a mantra that was given by Maharishi Bankim Chandra for a nation to unite against tyranny and injustice. In 1770, we dealt with the story of unknown warriors who ignited the fire of the freedom movement.”