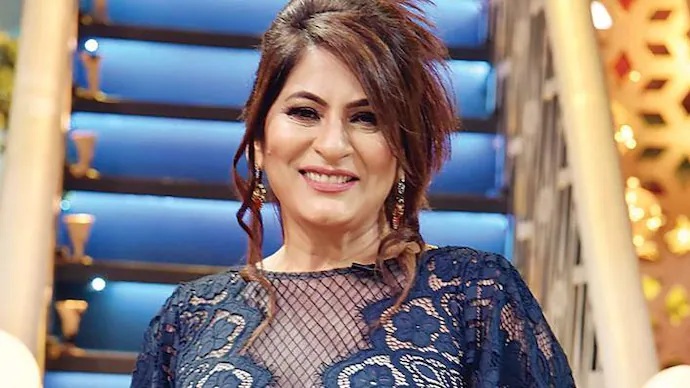 Mumbai: Well-known actress and TV personality Archana Puran Singh, who is seen laughing out loud at the jokes of Kapil Sharma on his show, said that only Bollywood actress Kajol can take her place on the show as she could laugh for hours without getting tired.

Archana said: “If anyone can ever take over my kursi (chair), she is none other than Kajol.”

Bollywood actress Kajol appeared on ‘The Kapil Sharma Show’ (TKSS) along with her ‘Salaam Venky’s co-star Vishal Jethwa and director Revathi to promote their film – the story of a caring mother played by Kajol, who looks after her terminally-ill son Venky, portrayed by Vishal Jethwa. The film shows her struggle and what she does to fulfill his wish.

Kajol started her acting career in 1992 with the movie ‘Bekhudi’ though she rose to fame with ‘Baazigar’. Later she did movies such as ‘Dilwale Dulhania Le Jayenge’, ‘Kuch Kuch Hota Hai’, ‘Dilwale’ and now the actress is all set for her next, which is Revathi’s directorial ‘Salaam Venky’.

The 48-year-old actress expressed her excitement about being part of the show and added: “I can’t even explain in words the amount of fun I have on the show every time I am here. I laugh so hard that the next day my cheeks hurt and I rethink how I could laugh non-stop for 3 hours straight.”