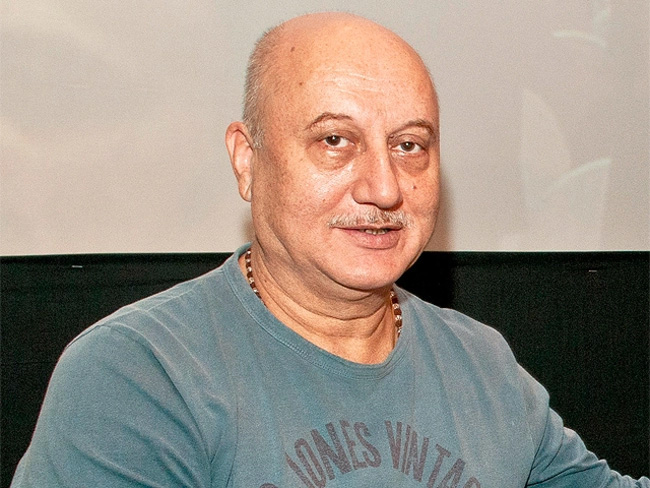 Mumbai: Actor-author Anupam Kher has become an institution in himself with several iconic films in Indian cinema. The actor recently announced his 526th film Kaagaz 2 with dear friend Satish Kaushik.

To note, actor-filmmaker Satish Kaushik has bought the rights to the Malayalam movie Nirnnayakam (2015), which he will remake as the sequel to his last directorial venture Kaagaz (2021).

The first part of the film starred another versatile star Pankaj Tripathi and the film centred around the struggle of a common man who was mistakenly declared dead by the government. Anupam, who will be seen playing a pivotal role in the sequel, took to Twitter and shared a video with the clapperboard and wrote, “Friends! Today I am going to start my 526th film #Kaagaz2. Keep your love and blessings as always. I will need them for life. A message for the people coming from small towns. Keep up the hard work, dedication and honesty! No power in the world can stop you!”

On the work front, the Kashmir Files actor wrapped up shooting of ‘Uunchai’ with legendary actors Amitabh Bachchan, Boman Irani and Neena Gupta. Apart from this, he also announced the title for his upcoming flix, ‘The Signature’ alongside Mahima Chaudhry.