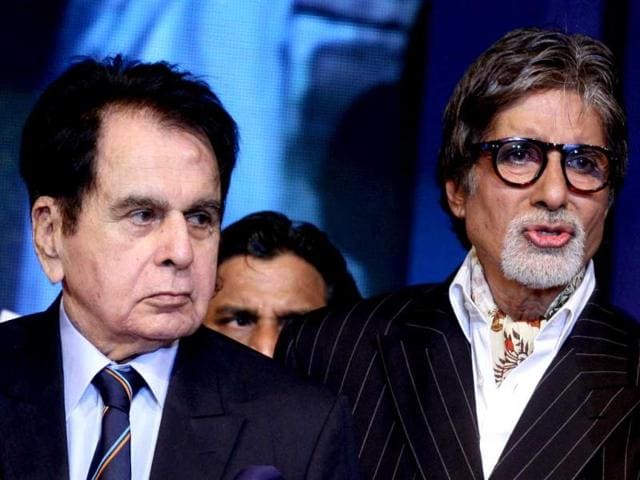 Mumbai,  Amitabh Bachchan has mourned the death of Dilip Kumar, who passed away aged 98 on Wednesday early morning in a hospital here.

Bachchan paid his tribute to the “institution” on Twitter.

He wrote: “An institution has gone.. whenever the history of Indian Cinema will be written, it shall always be ‘before Dilip Kumar, and after Dilip Kumar’.. My duas for peace of his soul and the strength to the family to bear this loss.. Deeply saddened..”

“An epic era has drawn curtains… Never to happen again,” he added.

Dilip Kumar and Amitabh Bachchan co-starred in the 1982 film “Shakti”.

Dilip Kumar breathed his last on Wednesday morning due to age-related illness. He was 98, and he died at Hinduja Hospital where he had been admitted for breathing issues.

The thespian’s close aide and family friend : “He passed away peacefully this morning in the presence of Saira Ji and other family members and doctors.”