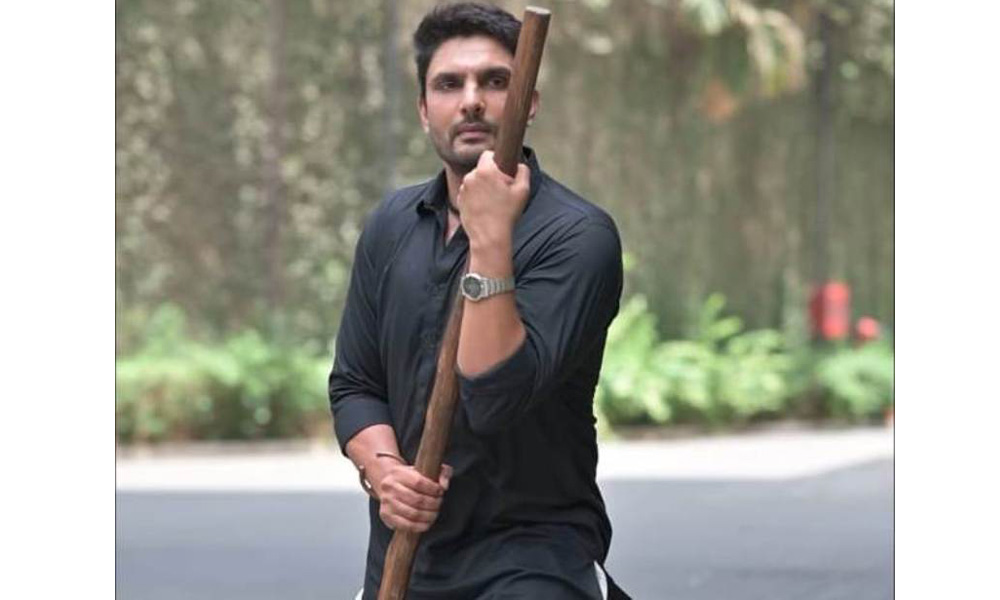 Mumbai : Actor Amal Sehrawat has been receiving compliments on his portrayal of a specially-abled character in the show ‘Harphoul Mohini’. The actor says that people are loving him.

“Thankfully people are loving the show and my character as well. They are thrilled to see me play a specially-abled character and find it very natural. They find my dialect and my portrayal of my character very believable and until now I have received so many compliments from the fans,” he says.

‘Harphoul Mohini’ is a love story of two individuals who are poles apart and even belong to different regions, Haryana’s Harphoul Chaudhari and Kerala’s Mohini Vijayan.

Zebby Singh essays the character of Harphoul, while Mohini is played by Shagun Sharma.

Talking about how tough it is to play a crippled character on screen, Amal says: “When one of the legs is not working, balancing the body becomes a challenge. So, the entire alignment of the body gets disturbed. It was difficult initially but thankfully I got a lot of time to prepare for it and I started practicing from March. It took me a couple of days to get into skin of the character, balance on one leg and hop.”

“Though initially, it was difficult but now it has become a part of my life. I walked for three months with crutches and gradually got used to it. But as I said it is not easy. Your keep losing balance, your shoulder gets tired because all your body weight is on your hands, you hope to take the next step, you have to grab the crutches so hard that you get blisters on your palms.”

Some of the compliments he has been getting is about looking younger. “Earlier all the roles I essayed demanded a very heavy beard which made me look mature on screen. This character of mine has short hair, a very light stubble,” he says.

Meanwhile, the actor says that it’s lovely shooting the show. “I have bonded with everybody on the set and we are a very close-knit family. Everyone is unique in their own way. Supriya Shukla ma’am gives that motherly warmth, Zebby Singh (Harphoul) is so innocent and he is like a younger brother to me and in real life as well he is so nice and so caring, Shagun Sharma (Mohini) and I bonded a lot on our movies interest, series interest and we speak volumes about films and web series and world cinema.”

“Sonali Nikam (Shalini) comes with a lot of experience and it’s a delight to work with her and to discuss your scene work with her. Tej Sapru sir of course we have grown up seeing him on screen. So I share a unique bond with everyone,” he says.

He adds: “Shooting in monsoon becomes challenging especially when it is outdoors. Of course, because the weather is not always in your favour. Sometimes it becomes cloudy, sometimes it becomes rainy and travelling to the set becomes challenging but when you are shooting indoors, in the monsoon, then it is a blessing because the weather is pleasant and it’s raining outside, the grass and the trees are greener, so you enjoy that from the studio.