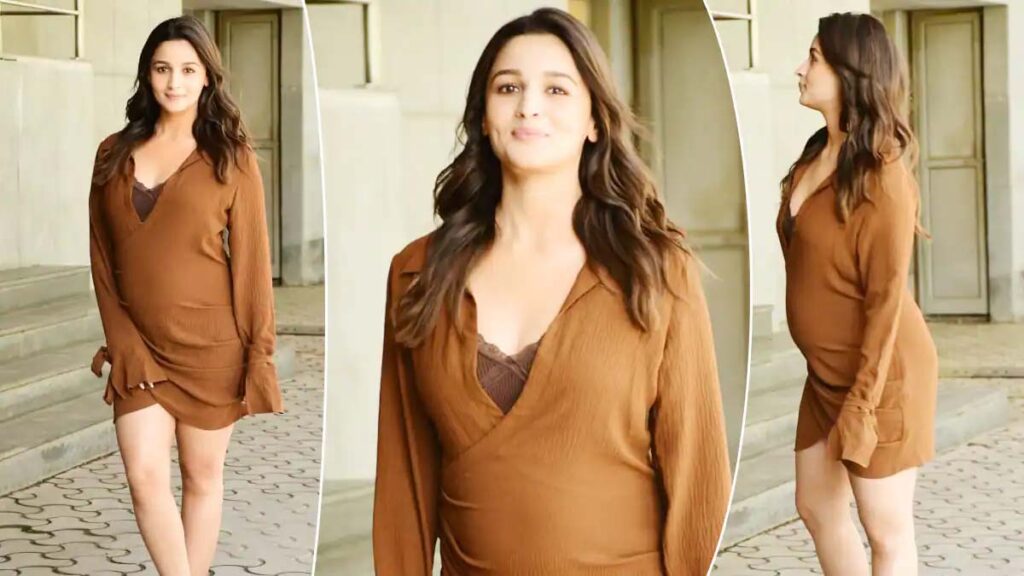 Mumbai: Alia Bhatt, Ranbir Kapoor and Ayan Mukerji are all set for the release of their much-awaited magnum opus Brahmastra: Part one Shiva. The flick is all set to release on 9 September 2022.

Ahead of the release, parents-to-be Ranbir and Alia were spotted at the Brahmastra song preview event in the city on Saturday afternoon. The two stars were seen with director Ayan Mukerji as they arrived in style for the preview of the Brahmastra song Deva Deva.

For the event, the trio opted for a casual yet stylish look. They were brimming with joy as they posed for the shutter bugs. While Alia opted for an easy breezy yet chic brown dress, Ranbir opted for an all-black look for the event today.

On the work front, Alia Bhatt will next be seen in Rocky aur Rani ki Prem Kahani, while Ranbir has Luv Ranjan’s next yet untitled and Animal in his pipeline.