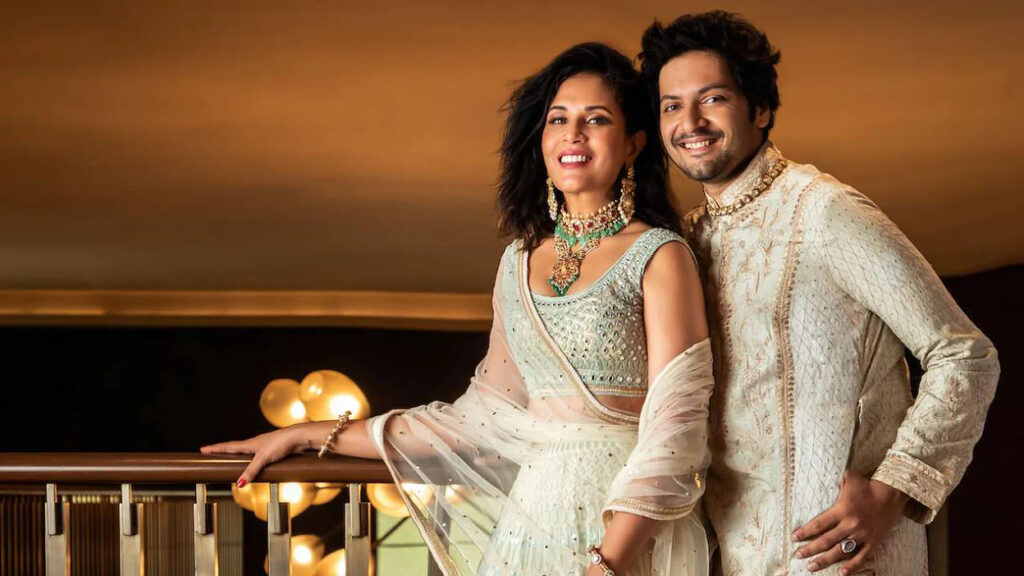 Ali Fazal and Richa Chadha are one of Bollywood’s most popular couples. They are currently making headlines because the couple is finally getting married this year. The couple had planned to marry in 2020, but the pandemic intervened.

However, as per recent reports, Richa and Ali will finish their filming schedules by September 25th, just in time for their wedding.

According to a leading news outlet, Ali and Richa will have a unique sangeet ceremony, with the couple performing five key functions.

There’s a sangeet, a wedding ceremony with traditional rituals, which would be more of an intimate family affair, and three receptions — one smaller intimate one with the family, in Mumbai, one bigger party for all industry friends, and one in Delhi, as Richa’s extended family is there,” said the report.

Their sangeet will be extra special, with some special performances. The couple is also still talking to people, and their sangeet ceremony will not be like other Bollywood celebrity sangeets.

“Both Ali and Richa will wrap up all pending shoots till September 25 and their respective teams also have been told to ensure they don’t take any more work commitments post that,” said the report

The couple is also said to have invited some of their closest friends and industry figures. Ali and Richa met while filming Fukrey (2013), dated for a while, and then Ali proposed to Chadha on her birthday in December 2019, while on vacation in the Maldives.

On the professional front, Richa and Ali will soon be seen on-screen together in Fukrey 3.