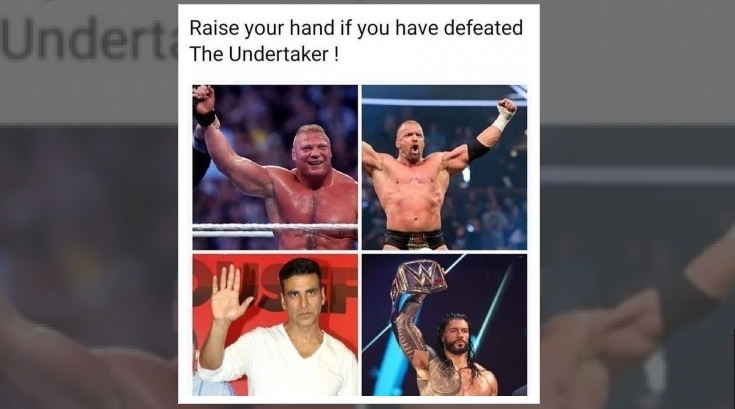 Akshay also revealed that it was wrestler Brian Lee who had played the role of WWE wrestler The Undertaker in the action film.

“A hilarious note to mark 25 years to the release of #KhiladiyonKaKhiladi tomorrow! A fun fact though: it was wrestler Brian Lee who played The Undertaker in the film,” Akshay shared in an Instagram post.

The actor also shared a meme featuring himself, which reads: “Raise your hand if you have defeated The Undertaker”.

On the work front, Akshay Kumar recent announced that his “Toilet: Ek Prem Katha” actress Bhumi Pednekar will once again be collaborating him for his upcoming film “Raksha Bandhan”.

Announcing the news, Akshay shared in an Instagram post: “When you are happy, it shows. And indeed we areato have @bhumipednekar onboard #RakshaBandhan.”

The Aanand L Rai directorial revolves and the relationship of a brother and sister.