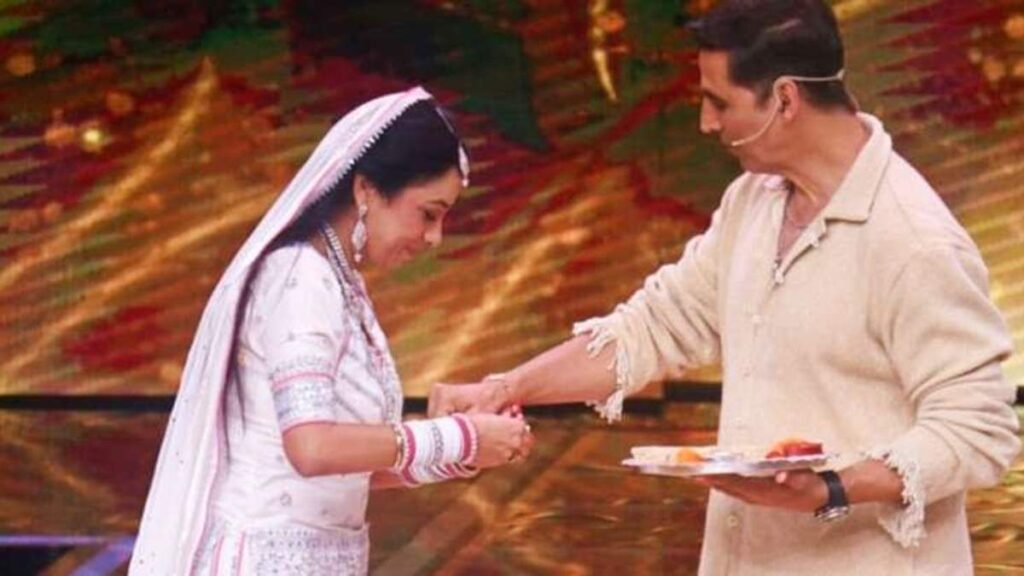 Rupali Gangly is Akshay Kumar’s rakhi sister, and the two recently reunited after a long separation. The two met on the set of Ravivaar With Star Parivaar, a festive special programme. The episode, which airs on Friday, features Rupali tying a rakhi to Akshay after three decades.

The team from Akshay Kumar’s film Raksha Bandhan was in attendance, according to a promo shared. Akshay was joined on set by his onscreen sisters Sadia Khateeb, Deepika Khanna, Smrithi Srikanth, and Sahejmeen Kaur.

In the promo, several TV actors shed their onscreen personas to dance and sing on the holiday special. Akshay joins Rupali Ganguly on stage as she performs a dance number in a white anarkali gown. Rupali ties a rakhi around his wrist, and he bends down to touch her feet. Akshay recalls how his mother tied rakhi to him for five years in a row three decades ago. Rupali becomes emotional and tears up as she promises Akshay, “Har saal jab tak zinda hu, har saal rakhi bandhungi (Until I die, I will tie him a rakhi every year).”