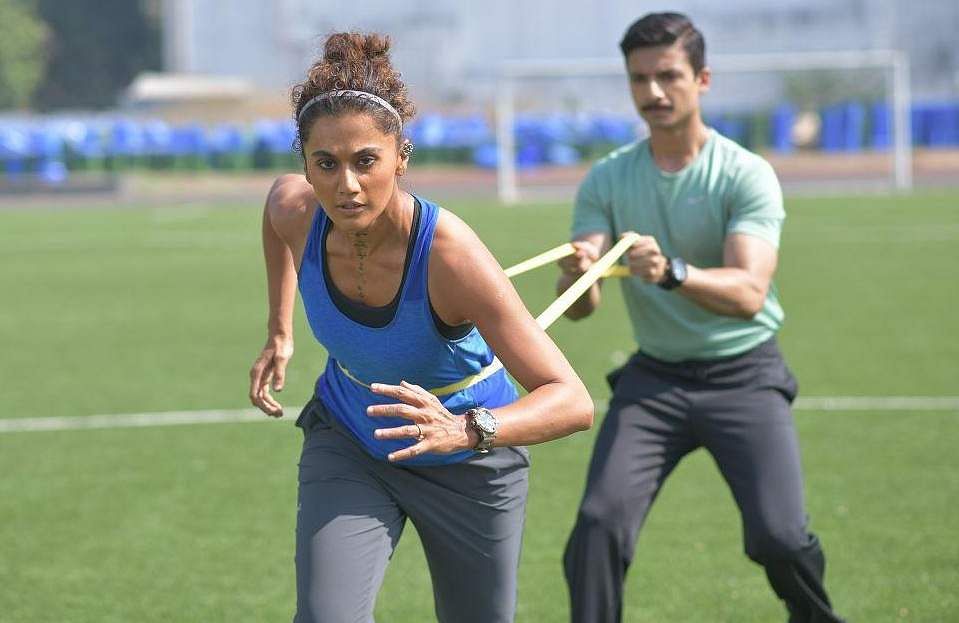 Mumbai : Taapsee Pannu-starrer ‘Rashmi Rocket’ released on October 15 and has been receiving appreciation for its storytelling, performances and direction since then.

The film has opened a dialogue by bringing to light the malpractice of gender testing in sports which has done a lot of injustice to female athletes. As compelling as it looks on the screen, under the surface it was a herculean task to put this film together.

The film’s director Akarsh Khurana spoke about the same as he , “Rashmi Rocket was one of my most challenging projects. And now most rewarding. The entire team brought an insane amount of energy to the movie which has been seen by millions of viewers worldwide and appreciated.”

Talking about the motive behind the movie, he further added, “The motive was to make an accessible film and generate awareness about the issue of gender testing in sports and it seems like we have achieved it. I am overwhelmed with the appreciation pouring in from all corners. I have my magnificent crew, who worked tirelessly, and the very talented ensemble to thank for the success of ‘Rashmi Rocket’.”

The film which also stars Abhishek Banerjee and Priyanshu Painyuli, tells the story of a female sprinter from Kutch whose victory lap is peppered with many hurdles including a gender test, and what seems like an athletic contest turns into her personal battle for respect, honour, and even her very identity.