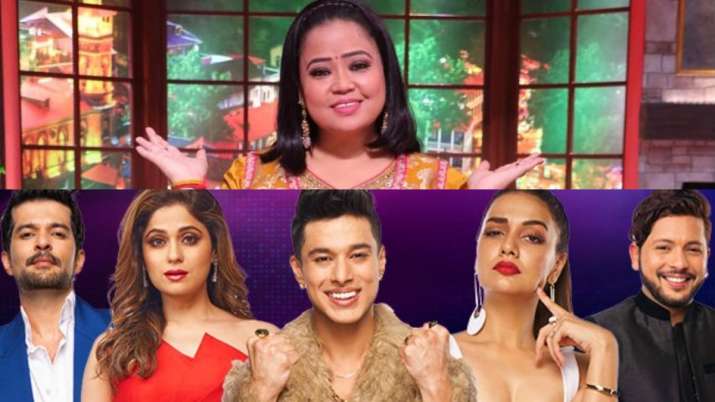 Mumbai : Comedian Bharti Singh and screenwriter Haarsh Limbachiyaa are entering the ‘Bigg Boss OTT’ house on Friday to host an awards evening for the contestants.

The names of the awardees will be decided by Bigg Boss, that is, Karan Johar. What would be interesting to see is how much positivity Bharti and Haarsh are able to spread in the ‘Bigg Boss OTT’ house just one day before before the finale.

Ahead of the finale, Bigg Boss gave an opportunity for the contestants to speak their heart out and put their opinion in front of the viewers. Bigg Boss announced a Debate task for contestants between two housemates to speak their view on why they should win this season of ‘Bigg Boss OTT’ and why the viewers should vote for them? The first round was between Shamita and Nishant Bhatt and both housemates got equal number of votes.

While on the other hand, the second round was between Divya and Shamita, two of the strongest ladies in the house came against each other to speak their opinion. But there’s a twist here, Raqesh did not want to be in a bad spot and did not vote for any of the contestants and played safe for the second and the third round. Later, Bigg Boss called off the task as the contestants were not adhering to the rules for the task.