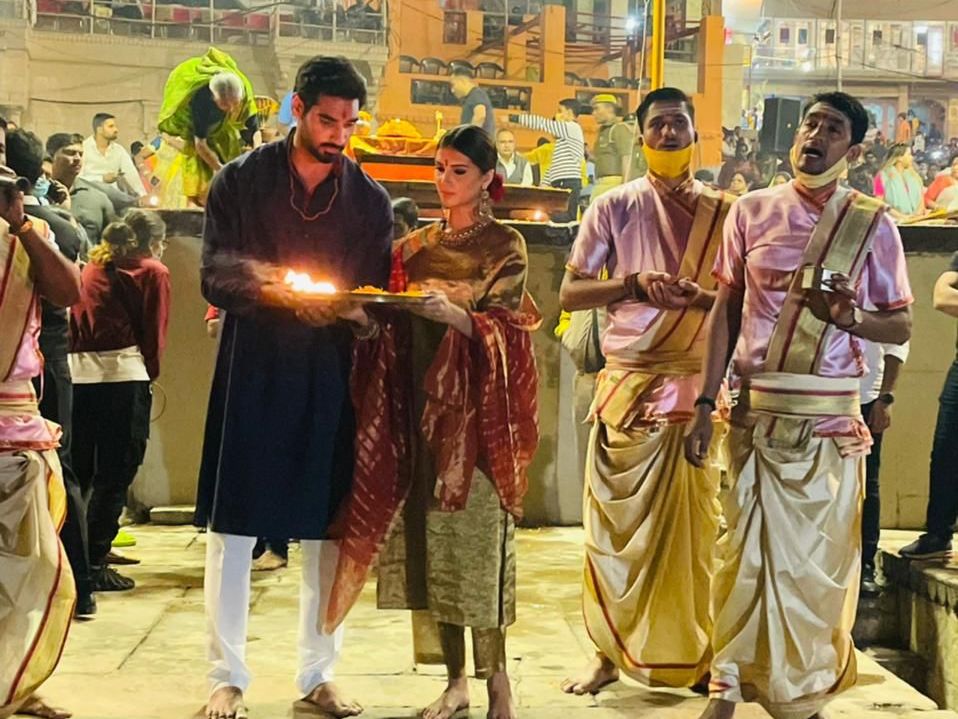 Ahan Shetty and Tara Sutaria of Sajid Nadiadwala’s highly-anticipated ‘Tadap’ visited Varanasi on 24th November to seek blessings for their movie, scheduled to release the cinema halls on 3rd December, 2021.

The makers kicked off the city tour promotions by organizing a special Ganga aarti in the holy city. The actors including Ahan and Tara had a whale of a time performing aarti, interacting with the local media, and visiting the popular Krishna paan house.

Touted to be one of the most promising and talented actors, Ahan seemed visibly excited and cheerful by performing aarti and seek blessings for his debut film. There was a huge crowd gathered at the Ganga ghat to see Ahan and Tara as they cheered up for the actors giving them a warm welcome in Varanasi.

Raw, intense, passionate and musically uplifting, the trailer of Sajid Nadiadwala’s ‘Tadap’ has taken the internet by storm. Summing up to be not just an average romance flick but a complete package that will have the viewers at the edge of their seats. Backed by some flawless tunes of Pritam, it only makes waiting for the film release a testing time.