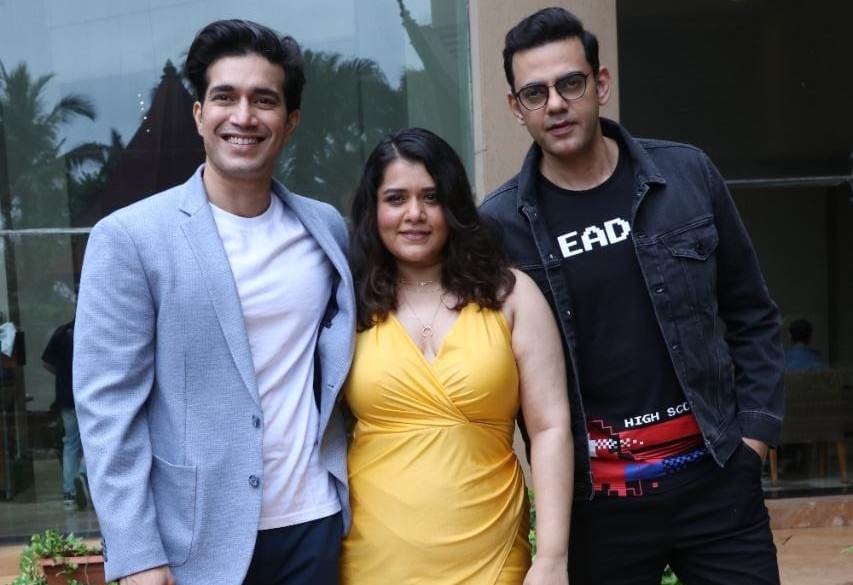 Mumbai : Actor, writer, host and creative director Harman Singha who is currently seen as Dhruv in SonyLiv’s show Potluck premiered on 10th September. Multi-talented Harman is best known as writer for Avrodh : The Siege Within 2020 (Sony Liv), A.I.SHA My Virtual Girlfriend (India’s first sci-fi web series on Artificial Intelligence) and his acting stint in It Happened In Calcutta 2020 (Alt Balaji), The Trip S02 (Disney Bindass) and A.I.SHA My Virtual Girlfriend.

Sharing about bagging the role in the show, Harman states,”I went to audition with Rajshree ma’am, we did 2-3 scenes, she liked the tone and style. I was one of the first people to get cast for this one. I just wanted people to see me in something that was not intense, I wanted to showcase my comedic skills (if any). I wanted to make a name as an actor, mostly people knew me as a writer or a host.”

Adding about the show he says,”Potluck is a show about a very relatable family called the Shastris. In the time of crime and thrillers, Potluck is a fresh breath of air. There is zero violence, it’s just a lovely drama with a few laughs. Siblings, parents and children, all relationships have been beautifully showcased here.”

Harman also reveals on how acting happened to him, stating, “It wasn’t my goal or ambition initially. I never thought I had what it takes to be on camera. My ambition at 25 was to be a director, I wrote a film and was also directing it at that time. Acting happened because other people saw some potential in me. My brother Rannvijay believed I could do it, Abbas Tyrewala and Paakhi Tyrewala who I used to work for as a writer suggested I should audition for a film they were making and I luckily did well and got my first role. One of the first people who told me I should audition for movies was Bhumi Pednekar, when she used to work as a casting director.”

Further talking about his journey he continues,”Its been long and super fun. I’ve done many jobs before realising I only want to act. From being in the merchant navy to being behind the scenes of reality tv shows. I’ve assisted directors, done travel shows, written screenplays and scripts. I’ve produced many music videos and a couple of shows. I just love everything to do with filmmaking. Never went to film school for it, so I tried to grasp as much as I can doing different jobs.”

The young lad aspires to make it big in bollywood and shared,”I wish to work with Shoojit Sarkar, Aditya Dhar and Shakun Batra. I love the films they have made so far. To work with Aamir Khan and Raju Hirani is a dream I would hopefully fulfil someday. I imagine being a great villian and a superhero at the same time. I am not in a position to choose right now, would love to work with some of my favourite directors, that’s the current goal.”