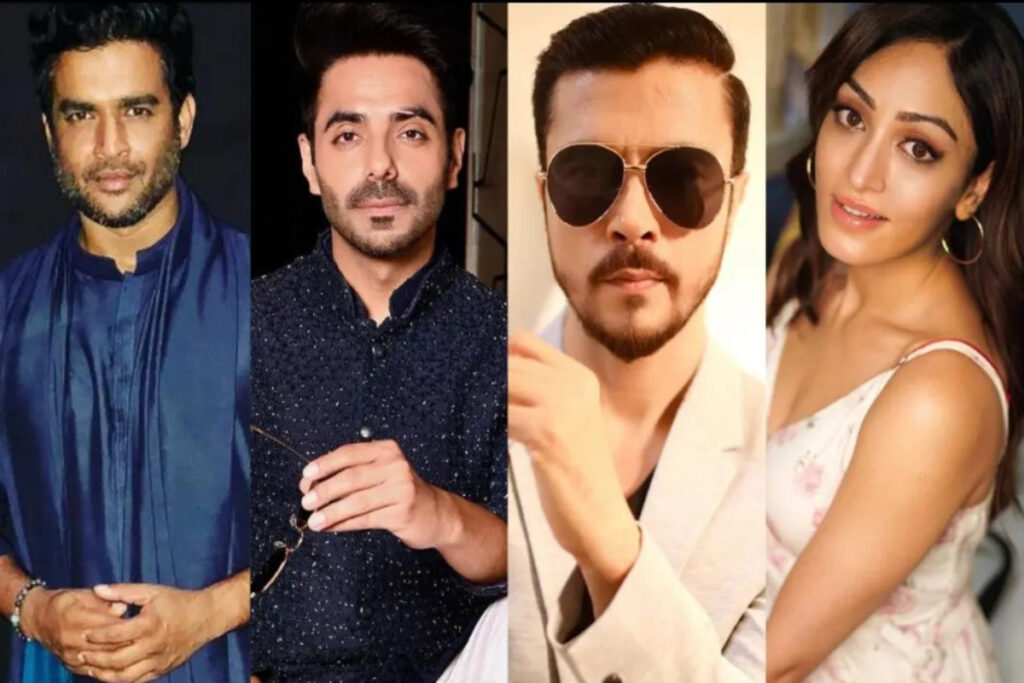 When a delusional housewife with a personality disorder is kidnapped by a terrorist on the loose and a husband accused of cheating on his wife, they have their own versions of reality. How do we know who’s telling the truth? Dhokha Round D Corner is a tale of lies and harsh truths.

The film begins with the establishment of a basic storyline in which a couple who are fond of each other begins to argue and find themselves in a situation where the wife has her own version of the story and the husband has his own version of the truth. After establishing the backstory, the film takes a turn in which a terrorist kidnaps Sanchi (the wife) and demands a lot of things in exchange for her release.

The film has too many perspectives, which makes it quite chaotic. The film is nothing but a longer version of a CID episode.

Technically, this film is deficient in every way, and it is a shoddy production. There are no editing issues because editing this script will require major rewriting. The filmmaker attempted to inject some humour by creating characters who seem to be like Arnab Goswami, who imitates the famous “drug-doo” meme with different dialogue, and the nation wants to know the dialogue.

The film also attempts to raise awareness about the negative aspects of journalism but fails miserably.

The presence of Aparshakti is the only positive aspect. He is the only redeeming feature of the film. He plays the terrorist’s character amazingly and has worked hard to master the Kashmiri dialect. He is the reason audiences are able to keep their sanity.

It was a surprise, and not a good one, to see R Madhavan playing a character like Yathaarth, and it was difficult to believe that Madhavan had performed poorly, to an extent that you try to deny that it is the same Madhavan who gave us Rocketry.

Darshan, on the other hand, did two things: he doesn’t act and he overacts. Which again comes as a slap on the face, as one can not expect Darshan to perform this badly. It was truly incredible to take in how Kookie squandered an amazing cast to such an extent that it was almost unbearable to watch.

Bhushan Kumar appears to have decided to use the T-series to launch the family’s women. Khushalii Kumar’s role is so poorly written and sexualized that it makes no sense.

When it comes to the film’s music, Jubin Nautial’s song at the beginning feels like T-series’ adopted baby isn’t ready to give blockbusters. The film contains a lot of abusive language, giving the impression that the filmmakers forgot to run it by the censor board.

The film has no story and is a complete waste of time, not to mention that Aparshakti was the only redeeming feature.

1 thought on “Absolute Review: Dhokha: Round D Corner: The only actor in Kookie Gulati’s directorial who doesn’t give Dhokha was Aparshakti Khurana”