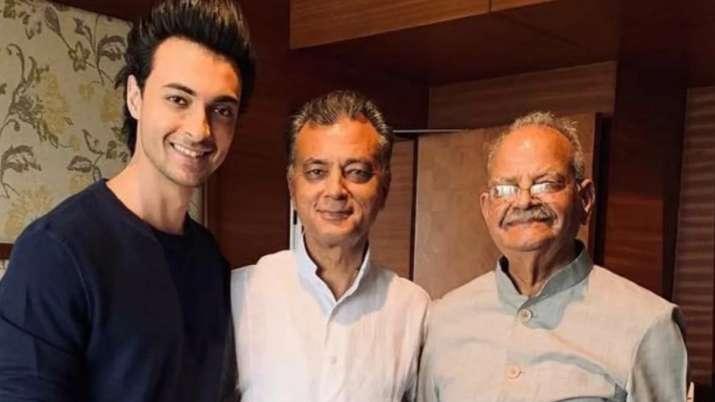 Aayush Sharma took to his social media handle and informed fans and followers about the same. He wrote, “With a very heavy heart I bid farewell to my beloved Dadaji Pandit Sukh Ram Sharma. Even though you’re gone, I know you’ll always be with me, guiding me, looking over me and blessing me like you always do. Rest in peace dadaji, you will be dearly missed”.

Pandit Sukh Ram passed away at the age of 94. Reportedly, Sukh Ram Sharma was admitted to Delhi’s AIIMS hospital after suffering a brain stroke.

Reports about the former Telecom minister and Congress leader’s death were doing rounds on the internet. His grandson, Aayush Sharma put the rumours to rest and released a statement. He stated, “My grandfather Pandit Sukh Ram is a strong soul and fighting back bravely.”

May his soul Rest in Peace!