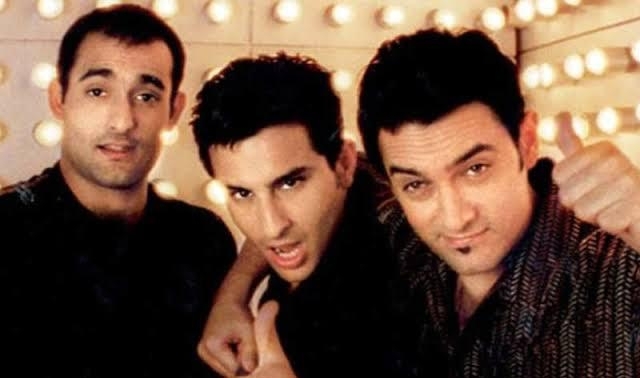 Mumbai,  Superstar Aamir Khan goes nostalgic as his movie ‘Dil Chahta Hai’ is completing 20 years on August 10. For him it was one of the most memorable projects and a great working experience with director Farhan Akhtar and the entire cast.

He says: “‘Dil Chahta Hai’ is one of my most memorable films. I think the energies of all of us coming together (Farhan, Ritesh, Zoya, Akshaye, Saif, Sonali, Dimple, Preity, me, Javed Sahab, Shankar, Ehsan, Loy, Basin, Avan, Ravi, Suzanna, Nakul, Subaya, everyone… ), brought something very special to the film.”

‘Dil Chahta Hai’ was released in the year 2001 and was the directorial debut of Farhan Akhtar. The film starred Aamir Khan, Saif Ali Khan, and Akshaye Khanna in the lead role. It was about three friends and the story revolves around them. It also featured Preity Zinta, Sonali Kulkarni and Dimple Kapadia, the music was by Shankar-Ehsaan-Loy and lyrics by Javed Akhtar.

Aamir adds further that ‘Dil Chahta Hai’ was one of the movies that came out with a distinct story and Farhan Akhtar as a director has done an incredible job.

“I loved the script, and I felt that Farhan was coming in with a completely fresh look at everything. His own vision and voice. As a result, ‘Dil Chahta Hai’ will always be remembered as a film that broke a lot of conventions in Indian cinema. I was working with a first-time director, but never once did it feel like that. Farhan was confident and personified. He was sure footed and completely in control. What a debut Farhan and Ritesh!” he concludes.

‘Dil Chahta Hai’ will air on August 10 on &Pictures.