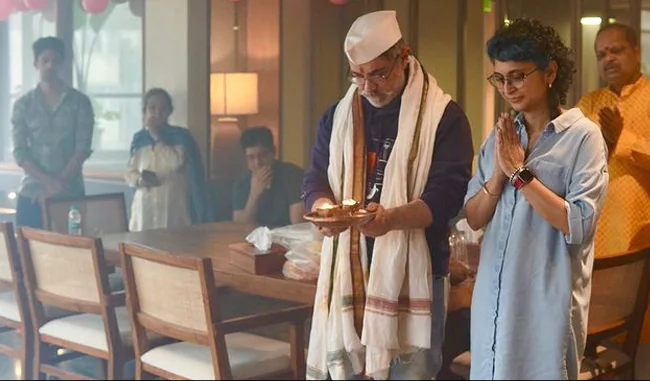 Bollywood superstar Aamir Khan was recently seen making a cameo appearance in Revathi’s Salaam Venky. Althought Aamir himself is away from the social media world but but updates about his personal life continue to go viral on Instagram.

Recently, Aamir Khan and ex-wife Kiran Rao performed a puja as per Hindu rituals at the office of Aamir Khan Productions recently. Aamir performed the main puja and was joined by Kiran as they performed the aarti together. Laal Singh Chaddha director Advait Chandan has shared the pictures on his Instagram handle, along with several pictures of other staff members who also took part in the puja.

Aamir was in a sweatshirt and denims and wore a Nehru cap and a cloth around his shoulders as he set up a kalash (pot) as part of a ritual during the puja.

For those unaware, Aamir and Kiran ended their 15-year-long marriage last year. They continue to co-parent their son Azad Rao Khan.