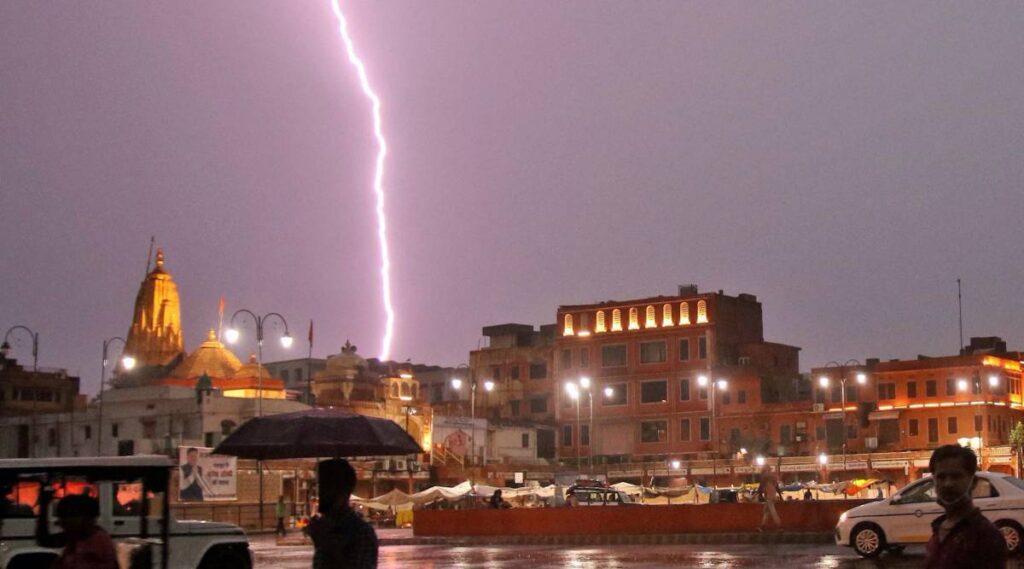 Jaipur: At least 30 people were killed in separate incidents of lightning in Rajasthan (18) and Uttar Pradesh (12), news agency PTI reported on Monday. Casualties have also been reported from Madhya Pradesh. Following this, Prime Minister Narendra Modi announced an ex gratia of Rs 2 lakh each to the next of kin of the deceased.

The India Meteorological Department, meanwhile, said conditions are favourable for the advance of the Southwest Monsoon over Delhi, some parts of west Uttar Pradesh, some parts of Punjab, Haryana and Rajasthan today.

The weather agency said conditions are becoming favourable for the advance of monsoon over the remaining parts of the country during the next 48 hours. No significant change in maximum temperatures is likely over most parts of the country during the next 5 days, the IMD said. In the south, incessant rain continued in parts of Kerala as the weatherman issued an Orange alert for five northern districts of the state.

However, Southwest Monsoon, which has hit almost all parts of the country, has stayed away from parts of north India. While IMD had predicted that the monsoon would hit the region by June, rains are yet to reach Delhi, Haryana, parts of west Uttar Pradesh and west Rajasthan. The weather agency has given several dates for the monsoon to reach the national capital, most recently July 10, Saturday, but the winds carrying moisture continue to give the city a miss.

Light rain is likely in Delhi on Monday, with the weather department saying conditions are favourable for advance of the monsoon over the national capital.