Singer Avril Lavigne says she does not regret marrying musicians Chad Kroeger and Deryck Whibley, who are now her former husbands.

Lavigne said: “I love love. The way I looked at it is I married my long-terms.”

The “Head Above Water” singer first met Kroeger when it was suggested by her then-manager that they get into the recording studio together and they quickly fell in love, reports.

Recalling her initial reaction to the collaboration suggestion, she told Billboard magazine: “He’s had a ton of hit songs. He plays guitar. This could be great…A month later, I had a 14-carat ring on my finger.”

The 43-year-old rocker quickly caught her attention when he arrived for their first studio session with a $3,000 bottle of Screaming Eagle wine.

After two days in the recording studio, Lavigne made the “How you remind me” singer get a matching tattoo with her, which read ‘Vivre le moment present’. She said around 75 per cent of her inkings were done in tandem with other people, including two she has with her Whibley, a musical note and a number 30 to mark the Sum-41 rocker’s 30th birthday, which fell after they had split.

Lavigne said she doesn’t always remember getting inked, and it once came as a shock to her when she discovered a constellation of stars by her inner hip. 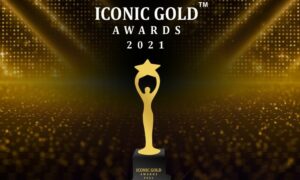 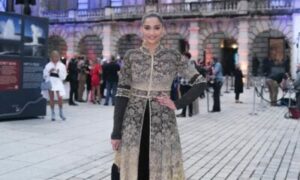