Alicia Vikander has revealed that she hopes to work with her husband Michael Fassbender again despite the fact they are ‘very much individuals’.

Los Angeles: The actress posed on the October cover of a magazine and told the publication that she thinks the couple’s independent natures are good for their relationship.

She said: ‘I would love to work with him one day, but we’re very much individuals, which I love and I think is good in any relationship.  The couple met when they starred together in the romantic drama The Light Between Oceans, released in 2016. Known as one of Hollywood’s most private couples, they tied the knot in an intimate ceremony in Ibiza, Spain, in October 2017.

Alicia looked sensational in the photoshoot, posing on the cover in a black leather jacket with a faux fur lined hood and sleeves. Wearing dramatic pink eye makeup, the Oscar winner let her brunette locks fall loose down her shoulders.

Also during the interview, Alicia recalled an incident on the set of the film Seventh Son when a man made a rude comment toward her and she was defended by actress Julianne Moore. She said: ‘I was just thankful to be there, I was afraid of speaking up or losing respect or that people would find me difficult. [But Julianne Moore stepped in.]

‘I think she was like, ‘If you ever say anything like that again, I’m leaving and we’re done’. That changed my situation on set going forward and it meant the world to me.’ Alicia trained in ballet from the age of nine and throughout her teens and said she feels lucky she never developed an eating disorder due to the pressures of the discipline.

She said: ‘Being in a leotard looking at your body in a mirror seven hours a day, six days a week and having people talk about your body in front of you and in front of other girls and boys, growing up with that is not healthy.’

‘I was very lucky to go through ballet school without having an eating disorder. I don’t know how, I think it was my mum who talked about it to me every day.’

The Swedish star said she is looking forward to returning to work following lockdown, particularly as she was struck down with Covid-19 herself. She said: ‘I’m actually really excited. What we’ve gone through these past few months…I realise how different it feels being back to what we used to call normality.’

The Tomb Raider star added that she would have ‘loved’ to attend the Black Lives Matter protests but couldn’t as she was ill and ‘couldn’t leave [her] house’.

‘My dad’s always said, ‘You know Alicia it takes three weeks for your body to know that you’ve stopped and you’re about to relax.’ His voice has been ringing in the back of my head several times [during lockdown].’ 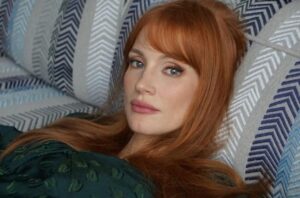 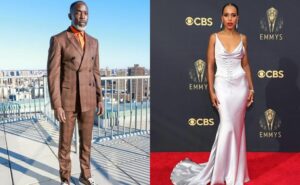 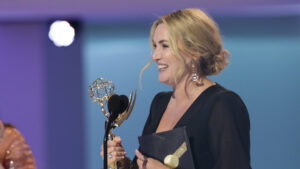