The 57-year-old actress was pronounced dead July 12 at 11:46 a.m., US Weekly reported, citing the official document. Officials said in docs that the body of Jerry Maguire star was transported to a local funeral home and subsequently taken to the Brooksville Crematory in Brooksville, Florida, the publication reported. Preston’s husband John Travolta, announced his wife’s tragic passing in a July 13 Instagram post.

‘It is with a very heavy heart that I inform you that my beautiful wife Kelly has lost her two-year battle with breast cancer,’ said the actor, who appeared alongside his spouse in the 2018 crime drama Gotti playing husband and wife.

He continued: ‘She fought a courageous fight with the love and support of so many. Kelly’s love and life will always be remembered, I will be taking some time to be there for my children who have lost their mother, so forgive me in advance if you don’t hear from us for a while. ‘But please know that I will feel your outpouring of love in the weeks and months ahead as we heal.’

Her daughter Ella said, ‘I have never met anyone as courageous, strong, beautiful and loving as you. ‘Anyone who is lucky enough to have known you or to have ever been in your presence will agree that you have a glow and a light that never ceases to shine and that makes anyone around you feel instantly happy.’

Amid her secret cancer battle, she kept a positive attitude amid the hidden health struggle, often taking to Instagram to commemorate holidays and milestones. On Father’s Day, she hailed the actor – who she met filming the 1989 comedy The Experts – writing, ‘Happy Father’s Day to the best one I know, we love you.’ 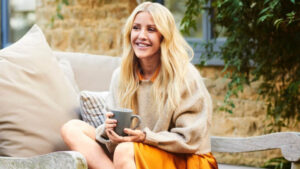 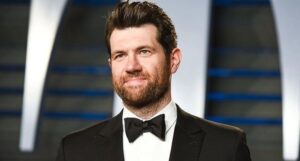